Left-hander Dallas Keuchel reportedly sought a six- to seven-year contract worth upward of $25MM per annum at the outset of the winter, which may explain why he’s still available a week into the regular season. Now, though, it appears Keuchel’s asking price has dropped significantly, Ken Rosenthal of FOX Sports hears (video link). An executive’s “under the impression” the 2015 AL Cy Young winner wants a one-year deal worth more than the $17.9MM qualifying offer he turned down from the Astros or a long-term contract at a lower salary, per Rosenthal. Nevertheless, there aren’t any signs that the 31-year-old is close to finding a team, and as Rosenthal points out, the longer Keuchel sits out, the more money he’ll give up on a prorated pact. Although Keuchel has been throwing 95-pitch sim games every five days as he waits for a contract, he still may not be ready to immediately step into a team’s rotation upon signing.

Bryce Harper caused some social media buzz after the free agent outfielder “liked” an Instagram post from MLB.com questioning whether the Dodgers were the favorites for Harper’s services.  (NBC Sports Bay Area’s Dalton Johnson was among those who reported on the story.)  It should be noted that the “like” came from Harper’s verified Instagram account and thus perhaps not necessarily from Harper himself if anyone else has access to Harper’s account.  The “like” was also removed from the original post once the MLB.com account called attention to it in a follow-up posting.  It could be a hint, it could be just a misclick, or it could be somewhere in between, though speculation continues to swirl around the possibility of Harper landing in Los Angeles.

In case Santa needs some reading material during his downtime tonight, here are some Christmas Eve items from around the baseball world…

10:50am: The Cardinals have officially announced the signing of Miller to a two-year contract with a vesting/club option for a third season.

10:41am: Rosenthal tweets that Miller will be guaranteed $25MM over the next two seasons with a $12MM vesting/club option for the 2021 campaign. Miller will be paid $11MM in 2019 and $11.5MM in 2020, and the option carries a $2.5MM buyout. He’ll receive a full no-trade clause as well — something Heyman suggested was a priority for the left-hander last week.

Per Rosenthal, the option will vest if Miller pitches a combined 110 games between the 2019-20 seasons. He can earn another $500K annually based on incentives.

Dec. 21, 10:34am: The Cardinals and Miller do indeed have an agreement, tweets Fancred’s Jon Heyman. Frank Cusumano of KSDK News in St. Louis tweets that it’s a two-year deal with a vesting option for a third season.

Dec. 20, 6:55pm: Yahoo’s Jeff Passan reports that the two sides are close to a multi-year deal (Twitter links). Miller, according to Passan, has received multiple two-year offers but has been seeking a three-year deal. It’s not yet clear whether the Cards went to three years or made a sizable increase to the value of a two-year offer. USA Today’s Bob Nightengale tweets that the Cardinals could announce a deal with Miller as soon as tomorrow.

6:49pm: The Cardinals are closing in on a contract with left-handed reliever Andrew Miller, reports Ken Rosenthal of The Athletic (Twitter link). Derrick Goold of the St. Louis Post-Dispatch had reported shortly beforehand that the Cards were still looking at Miller and Zach Britton, and that there could be some movement in the market before the holiday week (Twitter link). Miller is represented by Frontline’s Mark Rodgers. 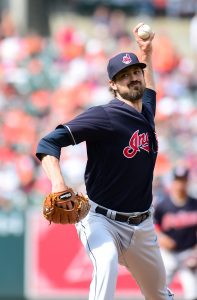 Miller, 34 in May, had a down season in 2018 as he missed brief stints due to hamstring and shoulder issues while also spending a more substantial period on the 60-day disabled list owing to a right knee injury. The result was a 4.24 ERA with somewhat diminished K/BB numbers in just 34 innings of work.

Of course, in the four preceding seasons, Miller was arguably the game’s best reliever, pitching to a ridiculous 1.72 ERA with averages of 14.5 strikeouts and 2.3 walks per nine innings pitched from 2014-17. With the exception of the 2017 season, he’s posted at least average ground-ball tendencies on an annual basis, and dating back to the 2013 season, the only pitchers in all of baseball with a better swinging-strike rate than Miller’s 15.7 percent are Aroldis Chapman, Craig Kimbrel and Kenley Jansen.

A healthy Miller would give the Cardinals the high-end left-handed presence they’ve been seeking at the back end of their bullpen in recent seasons. St. Louis’ four-year contract with fellow southpaw Brett Cecil has yet to pay dividends halfway through the life of that contract. Tyler Lyons, meanwhile, showed promise in 2017 but was cut loose this past summer after struggling badly early in the season. The Cards have been linked to both Miller and Britton on multiple occasions this offseason, and it’s long seemed that bolstering the relief corps (ideally with a southpaw) was high on the team’s wish list.

If and when the deal is completed, Miller will join a bullpen that was completely overhauled on the fly over the summer. Frustrated by his bullpen’s inconsistency, Cardinals president of baseball operations John Mozeliak released Greg Holland, outighted Lyons and traded Sam Tuivailala to the Mariners within a matter of days in late July. That shakeup, combined with some late-season promotions, gives the Cards a potential relief corps consisting of Jordan Hicks, Dakota Hudson, John Brebbia, Chasen Shreve, Luke Gregerson and Dominic Leone. Top prospect Alex Reyes and veteran Adam Wainwright, too, could both be options in manager Mike Shildt’s bullpen.

Both Gregerson and Leone were 2017-18 offseason additions but, like Cecil before them, underwhelmed in their initial run with the team. This’ll be the third consecutive offseason in which Mozeliak, GM Michael Girsch and the rest of the front office do some heavy lifting in the bullpen, with the organizational clearly hoping that the “third time’s charm” adage rings true.

The addition of Miller will mark another aggressive, high-profile signing for the Cardinals, who have already acquired Paul Goldschmidt from the D-backs in a trade that sent young MLB-ready assets to Arizona in the form of Carson Kelly and Luke Weaver. After three straight postseason misses, it’s no surprise to see Cardinals brass acting aggressively in an effort to surpass the NL Central champion Brewers and a perennially contending Cubs team. Cardinals fans have come to expect postseason-caliber rosters on an annual basis, and the three-year absence from October baseball is the organization’s longest “drought” since missing the playoffs each season from 1997-99. As such, it won’t be the least bit surprising if the Cardinals continue adding to what already looks to be a much-improved roster as the offseason progresses.

The Phillies are “strongly” in on free-agent lefty Andrew Miller, tweets Jim Salisbury of NBC Sports Philadelphia. Salisbury had previously reported the team to be in pursuit of both Miller and Zach Britton. Meanwhile, Fancred’s Jon Heyman suggests that Miller “is going to insist on a no-trade clause” after surprisingly being dealt a year and a half into his four-year pact with the Yankees. Heyman further reports that the White Sox were talking to Miller but now “seem to have pulled back.”

Miller, 34 in May, had a down season in 2018 as he missed brief stints due to hamstring and shoulder issues while also spending a more substantial period on the 60-day disabled list owing to a right knee injury. The result was a 4.24 ERA with somewhat diminished K/BB numbers in just 34 innings of work.

Of course, in the four preceding seasons, Miller was very arguably the game’s best reliever. Once a prized starting pitching prospect, he instead broke out following a move to the bullpen after several years of struggling in the rotation. From 2014-17, Miller pitched to a ridiculous 1.72 ERA with averages of 14.5 strikeouts and 2.3 walks per nine innings pitched. With the exception of the 2017 season, he’s posted at least average ground-ball tendencies on an annual basis, and dating back to the 2013 season, the only pitchers in all of baseball with a better swinging-strike rate than Miller’s 15.7 percent are Aroldis Chapman, Craig Kimbrel and Kenley Jansen.

Given his age and the fact that he missed time due to three separate injuries last season, there’s some undeniable risk when it comes to Miller. But, if the Phillies are convinced of Miller’s health, they likely view him as a potentially wipeout reliever whose 2018 struggles may have dropped his earning power a bit. He’d give the Phils a formidable one-two punch at the back of the ’pen, alongside dominant rookie Seranthony Dominguez. Veteran setup options Tommy Hunter and Pat Neshek, too, will be back in 2019, with other names such as Jose Alvarez, Juan Nicasio, Hector Neris and Adam Morgan among the options to round out Gabe Kapler’s relief corps.

Should the ChiSox rekindle their pursuit, Miller would join right-handers Alex Colome and Nate Jones as the most established options at the back of what is currently an inexperienced group of relievers.

We checked in on the American League earlier Thursday evening. Here’s even more from the Junior Circuit:

After picking up righty Tanner Roark, Reds president of baseball ops Dick Williams promises there’s “more to come,” as Bob Nightengale of the Cincinnati Enquirer reports. Certainly, the Cinci front office has been engaged in quite a few intriguing trade scenarios of late, according to reports. It’s still anyone’s guess which will come to fruition. The addition of Roark, after all, largely came together over the course of the last few days, according to Williams and GM Nick Krall. It emerged recently that the Reds are engaged with the Marlins in talks on catcher J.T. Realmuto, the precise parameters of which aren’t clear. Ken Rosenthal of The Athletic tweets that Cinci receiver Tucker Barnhart is not being discussed between these teams. But Barnhart also would not likely end up on a roster with Realmuto. Rather, the idea seems to be that the Reds would ship out Barnhart in a subsequent deal. It would seem possible for the Reds to recoup a quality hurler or backfill on any sacrificed prospect depth in a Barnhart deal, though there are obviously quite a few moving parts here.

The Tigers, Brewers, Athletics and Nationals are among the teams interested in free-agent second baseman Ian Kinsler, according to Jon Morosi of MLB.com. The Brewers have met with Kinsler at the Winter Meetings, Tom Haudricourt of the Milwaukee Journal Sentinel relays. Detroit’s inclusion on the list is particularly interesting in light of the fact that Kinsler thrived there from 2014-17, before the team traded him to the Angels last offseason. The 36-year-old ended up dividing the season between Anaheim and Boston, where he combined to hit a less-than-stellar .240/.301/.380 (87 wRC+) in 534 plate appearances. But to Kinsler’s credit, he swatted 14 home runs, stole 16 bases and, for the 12th consecutive season, posted at least 2.0 fWAR (2.3).

More chatter from around the game…

The latest free-agent and trade rumors from the National League…

The latest from the majors’ Central divisions…

So, are the Nationals really out of the picture for Bryce Harper, as owner Mark Lerner strongly suggested recently? Barry Svrluga of the Washington Post writes that he’s not yet sold that the incumbent Nats have completely bid adieu to their franchise-defining star. It’s an interesting read for fans to contemplate as Harper’s still-uncertain market continues to evolve … particularly now that president of baseball operations Mike Rizzo nudged the door back open to a return in an interview today on MLB Network Radio on Sirius XM (Twitter link).

Here are the latest free agent notes emanating from the Winter Meetings: