Veteran right-hander Hiroki Kuroda has announced that he’ll retire at the end of the season, as Japan’s Kyodo News reports. The seven-year major league veteran has pitched in the Nippon Professional Baseball league for the last two seasons upon returning to his homeland. 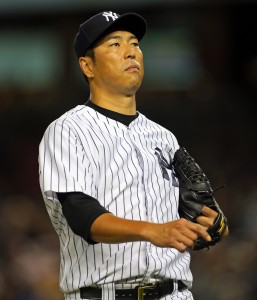 Kuroda, 41, is best known in these parts as a high-quality member of the Dodgers and then the Yankees. But in Japan, he is famed for his long run with the Hiroshima Carp — the organization he broke in with, excelled for, and returned to after his run in the majors (spurning the Padres’ reported efforts to keep him stateside).

Indeed, the Japanese star did not appear in the big leagues until his age-33 season. Of his twenty years of professional pitching, Kuroda spent 13 in the NPB — all for the Carp. All told, he provided that organization with over 2,000 innings of 3.55 ERA pitching. And he has been even better since his return, posting successive 2.55 and 3.09 ERA campaigns. He’ll hang up his spikes after the team’s run through the Japan Series comes to a close.

“The Japan Series will be the end. I’ve decided to hang it up,” Kuroda said. “I’ve been shown an excellent dream with an excellent team. And now I want to go out with a smile on my face, all of us celebrating a championship pouring beer on each other.”

In between his stints in Hiroshima, Kuroda excelled in the majors. He spurned several other suitors to join the Dodgers for the 2008 campaign, initially inking a three-year deal. From that point forward, Kuroda inked successive one-year pacts — first returning to Los Angeles, then switching coasts to join the Yankees on what turned out to be a trio of single-season deals (the final two of which came after he declined qualifying offers).

Through it all, Kuroda was a model of consistency. He only completed one campaign — his 2009 sophomore MLB season — with less than 31 starts. And he never completed a year with an earned run average of more than 3.76. Ultimately, Kuroda provided his two major league organizations with nearly identical production: 699 innings of 3.45 ERA pitching with 6.7 K/9 against 2.1 BB/9 for the Dodgers, and 620 frames of 3.44 ERA ball with 6.7 K/9 and 1.9 BB/9 for the Yanks. Even as his fastball velocity dwindled, Kuroda’s sinker/slider mix allowed him to steadily maintain his peripherals, and he ended with a 48.6% groundball rate and even 10.0% swinging strike rate in the majors.

In the aggregate, Kuroda earned just over $88MM as a major leaguer. And he is currently the highest-paid player in Japan. But it’s hard to dispute that he has delivered value at every stop along the way. MLBTR joins all those around the game in congratulating Kuroda on his outstanding two decades as a professional ballplayer, and in wishing him good fortune in his future endeavors.

Dylan Hernandez of the L.A. Times passes on a Sponichi report (Twitter link) noting that former Dodgers/Yankees right-hander Hiroki Kuroda will earn $4.9MM in 2016 on his latest one-year deal with the Hiroshima Carp. That, as Hernandez notes, makes Kuroda the highest-paid player in Japan. Kuroda, who will turn 41 in February, returned to Japan last year for what many believed would be his final season. However, the veteran showed no signs of his age, reeling off a 2.55 ERA in 169 2/3 innings across 26 starts and averaging 5.6 K/9 against 1.5 BB/9. The strong campaign marked another impressive chapter in Kuroda’s exceptional career, which now spans 19 seasons between Nippon Professional Baseball and Major League Baseball. The upcoming season will be his 20th as a professional, and to this point, he has a lifetime 193-176 record, a 3.53 ERA, 6.6 K/9, 2.2 BB/9 and a 1.22 WHIP in 3202 2/3 innings.

Here are a few signings/moves pertaining to Japan and Korea…

Hiroki Kuroda will pitch another season for NPB’s Hiroshima Toyo Carp, according to a report from the Sanspo news outlet (hat tip to NPBTracker’s Patrick Newman for the translation).  Kuroda spent the first 11 years of his pro career with the Carp and, last winter, decided to cap off his career by leaving Major League Baseball to return to his old club.  The 40-year-old seemingly picked up right where he left off, posting a 2.55 ERA, 3.66 K/BB rate and 5.6 K/9 over 169 2/3 innings for the Carp in 2015.  Here are some more starting pitching items from around baseball…

The Padres made a “serious push” to sign Hiroki Kuroda before the former Yankees pitcher decided to return to the Hiroshima Carp, Jeff Sanders of the San Diego Union-Tribune writes. One report out of Japan indicated that the Padres offered $18MM, a figure a team source tells Sanders was a bit high.

Adding Kuroda would have continued a remarkable Padres offseason that has also featured the additions of Matt Kemp, Justin Upton, Wil Myers and Derek Norris. Kuroda would presumably have joined the Padres’ rotation along with Andrew Cashner, Ian Kennedy, Tyson Ross and Odrisamer Despaigne, although, as Sanders suggests, signing Kuroda might have been the prelude to yet another trade for busy Padres GM A.J. Preller.

Kuroda, 39, remained reliable in 2014, posting a 3.71 ERA with 6.6 K/9 and 1.6 BB/9 in 199 innings with New York. Sanders notes that new Padres front office hire and former Dodgers scouting director Logan White was a key to Kuroda signing with the Dodgers when Kuroda arrived in the US prior to the 2008 season.

Baseball’s competitive balance is the top takeaway from the 2014 season, opines MLB.com’s Anthony Castrovince. Parity can be defined in many ways, Castrovince notes, but what cannot be ignored is no team has won 100 games since 2011, three division winners in 2014 (Angels, Nationals, and Orioles) were not in the playoffs the year before, and the World Series featured a pair of Wild Card clubs. Castrovince lists a greater reliance on young talent, revenue sharing, TV money, and draft and international spending limits as reasons for the competitive balance never being stronger.

Hiroki Kuroda recently opted to return to the Hiroshima Carp in Japan, but the move doesn’t appear to be a shock to the Yankees, Brendan Kuty of NJ.com writes. The team already re-signed Chris Capuano and traded for Nathan Eovaldi, suggesting that the Yankees either knew Kuroda wasn’t coming back or didn’t want to wait for him. Here’s more from the AL East.

Veteran righty Hiroki Kuroda is returning to the place where he made his name: the Hiroshima Toyo Carp of Japan’s Nippon Professional Baseball league. 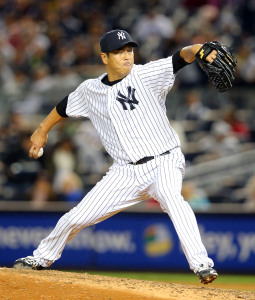 Of course, Kuroda had entire separate career in Japan before he came stateside. He broke in at age 22 and threw 11 seasons, all with Hiroshima. His numbers there looked quite similar to his big league marks: 3.69 ERA with 6.7 K/9 against 2.4 BB/9.

Kuroda will no doubt take a significant pay cut to return to the Carp, but he has the luxury to choose his destination at this point in his career. He ultimately earned a total of $88.3MM over his time in the big leagues, mostly through short-term deals as he continually chose to keep his options open rather than committing to a lengthy pact.

Though Kuroda was of course free to sign with any team, it had long been thought that he would be choosing between the Yankees, NPB, and retirement. In that respect, today’s move resonates most in New York, as the Yanks are left with a rotation full of durability questions.

For the rest of the starting pitching market, the news should have relatively little effect. Most of the quality mid-level starters have already found new homes, and Kuroda likely had a narrow range of suitors.

Jim Allen of Kyodo News tweeted that the Carp had announced the signing; Japanese media outlets Nippon and Chugoku Shimbun first reported that Kuroda was set to return to NPB.

The Yankees are still working to address several needs, and Joel Sherman of the New York Post reports that the team is working to allocate limited budget space in so doing. Should New York go to a fourth year for Headley, the team’s interest would likely not go beyond $44MM to $48MM, Sherman says.

Were the team to strike a multi-year deal with third baseman Chase Headley, it may need to “bottom fish” to add a starter, says Sherman. Alternatively, then, the team could look to rely on Rob Refsnyder and Jose Pirela in the infield while looking to make a more significant addition for the rotation.

As for the rotation, the Yankees are disinclined to give even a third year to Brandon McCarthy, given his injury history, per Sherman. That could be a non-starter, of course. Otherwise, short-term options like Edinson Volquez are more likely. There remains a possibility of bringing back Hiroki Kuroda, Sherman adds.

Here are some of the hot stove-related highlights from Yankees GM Brian Cashman’s chat with reporters (including ESPN New York’s Wallace Matthews and MLB.com’s Barry M. Bloom) on Monday…

MLBTR would like to send its deepest condolences to the friends and family of former Major League left-hander Brad Halsey, who died tragically in a climbing accident near his Texas home, as Bob Nightengale of USA Today writes. Halsey, just 33, spent three seasons in the Majors with the Yankees, Diamondbacks and A’s from 2004-06. He was one of three players traded from the Yankees to Arizona to acquire the legendary Randy Johnson.

As we keep the family and loved ones of Brad in our thoughts, here are a few notes from around the game…