The latest from the American League East:

Former American League MVP Jason Giambi has decided to formally retire from playing baseball, he told Mark Feinsand of the New York Daily News. Giambi offered a lengthy statement thanking his family, agents, equipment providers, coaches, teammates and media for their role in his career. While the statement is too long for the purposes of this post, fans of Giambi can read it in its entirety in the linked article above. 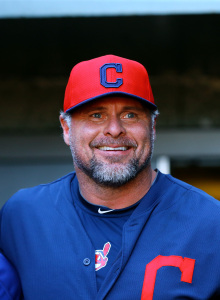 The Giambino was sure to also thank fans that supported him throughout the ups and downs of his career (he reportedly admitted to a grand jury in 2003 that he did use performance enhancing drugs): “I want to thank the fans for being a part of this incredible journey. I especially want to thank the fans that gave me a second chance to let me show you the human being you see today.”

Giambi’s legacy will be somewhat tainted by that admission, but the numbers he put up over parts of 20 Major League seasons are impressive no matter how you slice them. In 8,908 career plate appearances, Giambi batted .277/.399/.516 with 440 home runs and 1,441 RBIs. Prior to today’s announcement, Giambi was also the active Major League leader in career walks, with 1,366, and he was worth about 50 wins above replacement per both Fangraphs and Baseball-Reference. He appeared on five All-Star teams, won two Silver Sluggers and had a pair of Top 5 MVP finishes — including a second-place finish in 2001 — in addition to his 2000 MVP honors.

Giambi was able to play through his age-43 season due in large part to not only accepting, but rather embracing a reduced role with the Rockies and Indians. The slugger was used primarily as a pinch-hitter in Denver and in Cleveland, but he relished the opportunity to mentor younger players and share his wisdom with the game’s next generation. That attitude and the manner in which he was accepted by his younger teammates has led many to believe that Giambi may one day be a big league manager. In fact, he was at one point in consideration to manage the Rockies prior to signing with Cleveland in the 2012-13 offseason, and Terry Francona has referred to Giambi as a “manager-in-waiting.”

We at MLBTR wish Giambi and his family happiness and the best of luck in his post-playing days.

Tigers GM Dave Dombrowski addressed reporters yesterday and touched on a number of Hot Stove related topics. Via James Schmehl of MLive.com (All Twitter links), Dombrowski again stated that he’s happy with his current group of starters and rejected the idea of a serious pursuit of James Shields. Dombrowski did say he’s open to adding another arm, but it would come in the form of a non-roster invite, if it happens at all. As for free agents Phil Coke and Joba Chamberlain, both of whom posted sub-4.00 ERAs out of the Detroit bullpen last year, there’s been no serious discussions with either of them, and neither is likely to return to the team in 2015.

The Cubs’ decision to replace Rick Renteria with Joe Maddon seems “a little dirty,” but the baseball world will go on, FOX Sports’ Ken Rosenthal writes. The Rays believe the Cubs tampered with Maddon while they had him under contract, and others in the game aren’t happy that Maddon’s situation led to Renteria’s firing. Rosenthal notes that if MLB can prove the Cubs tampered, the Rays could demand a promising young player in compensation, maybe even a player as talented as Javier Baez or Addison Russell. Here’s more from the Central divisions.

Major League Baseball's collective bargaining agreement contains a provision that allows certain free agents who are signed to minor league contracts to receive a $100K retention bonus if they are not on the team's 25-man roster or the Major League disabled list five days prior to the season.

Here's the latest news from around the league on Article XX(B) signees and their roster statuses with their respective teams (newest updates on top).

The Indians announced that they have re-signed Jason Giambi to a minor league contract with an invitation to Major League Spring Training and also acquired left-hander Colt Hynes from the Padres in exchange for cash considerations.

Giambi will turn 43 in January and managed just a .183/.282/.371 batting line in 2013. He was a beloved member of the Indians clubhouse however, and provided a number of pinch-hit home runs, including a pair of dramatic walk-off shots. On a minor league deal, there's little risk for Cleveland to bringing him back and seeing if he can force his way onto their roster with a big Spring Training performance.

Hynes, 28, was one of two left-handers to be designated for assignment by the Padres last week in order to create roster space for starters Cory Luebke and Joe Wieland, each of whom was returning from the 60-day disabled list (Tommy Layne was also DFA'ed). A former 31st-round draft pick of the Friars, Hynes made his big league debut this season but allowed 17 runs in 17 innings of work with a 13-to-9 K/BB ratio. He was dominant in the minors, however, posting a 1.52 ERA with an otherworldly 58-to-2 K/BB ratio in 47 1/3 innings between Double-A and Triple-A.

The Indians' magical season came to end at the hands of Alex Cobb and the Rays last night, as the Tribe fell 4-0 in the American League Wild Card game. Here's the latest on the Indians, whose focus will now shift to the offseason…