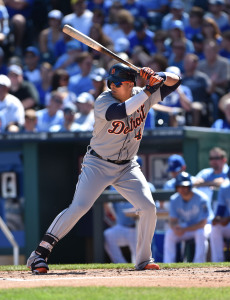 Mariners right-hander Felix Hernandez’s contract expires after next season, but he doesn’t expect it to be his last deal. “Oh yeah, I’ve got more years to play. I’m not going to retire,” Hernandez told Jon Heyman of Fancred, adding that he has an affinity for Seattle and would like to continue his career in the only major league city he has ever called home. Whether the Mariners feel similarly is up in the air, as Hernandez has fallen off in recent seasons since inking a seven-year, $175MM extension prior to the 2014 campaign. Hernandez was among the game’s best starters then, but he’s now sporting a career-worst 5.11 ERA over 100 1/3 innings in his age-32 season.

More on a couple other AL teams:

Tigers DH Victor Martinez hasn’t made any formal decisions on his future, but the five-time All-Star at least hinted at retirement following the 2018 season during an interview with MLB.com’s Anthony Castrovince. The 39-year-old Martinez, who missed time last season due to an irregular heartbeat, talks with Castrovince about the frightening incident when he first felt symptoms  during a game — a sensation that was all the more troublesome given the history of heart issues that runs in his family. As Castrovince explains at greater length, Martinez lost his father to a heart attack at a young age, which only serves as further motivation for him to spend as much time with his own children as possible.

“Honestly? I’m ready,” the longtime Tigers slugger tells Castrovince. “…I know I left everything in this game. I think the biggest problem for athletes is they don’t know what to do after baseball. That won’t be my problem.”

The chances of Victor Martinez continuing his career may be “touch and go” in the aftermath of heart-related health issues in 2017, Nick Cafardo of the Boston Globe writes.  The Tigers slugger twice suffered irregular heartbeats, the second of which led to chronic ablation surgery in early September that prematurely ended his season.  Martinez has one year and $18MM remaining on his original four-year contract with the Tigers, and he turns 39 years old in December, so retirement could potentially not be far away for the veteran.  That said, the top priority is Martinez’s health, and everyone around baseball is pulling for Martinez to both make a full recovery and be able to end his career on his own terms, whether after the 2018 season or beyond.

With a likely eventful offseason approaching for the Tigers, MLive.com’s Evan Woodbery takes an exhaustive look at the team’s payroll and arbitration class. Woodbery notes that the Tigers will likely shop veterans Ian Kinsler and Jose Iglesias this offseason, as has been oft-speculated in the past, and he speculates that the team may even eat the remaining $18MM on Victor Martinez’s contract this offseason. Andrew Romine and Alex Presley are both non-tender candidates, and Woodbery points out that Bruce Rondon’s lack of a September call-up makes it all but a foregone conclusion that he’ll be non-tendered this winter as well. The Tigers seem likely to head into the 2018 season with their lowest payroll since 2011, though the combined $54MM that is owed to Miguel Cabrera and Jordan Zimmermann, plus dead-money commitments to Justin Verlander and Prince Fielder (a total of $14MM) ultimately mean they’ll still spend at a relatively notable clip.

SATURDAY: Martinez will have chronic ablation surgery and will miss the remainder of the season, Fenech writes (all Twitter links). He will be placed on the 60-day DL tomorrow. The Tigers do expect Martinez to play in 2018.

SUNDAY 6:42pm: The Tigers do not have insurance on what’s left of Martinez’s contract (around $21MM through 2018) if he cannot be cleared to return, Anthony Fenech of the Detroit Free Press tweets.

10:58am: Martinez had a rapid heartbeat after the Tigers’ game in Chicago on Saturday and had to stay overnight at a hospital as a result, according to Jason Beck of MLB.com (on Twitter). The expectation is that Martinez will be released from the hospital today, after which he’ll head back to Detroit. The Tigers won’t decide on a timetable for a potential return to the field until they determine what’s causing Martinez’s heart issue, Beck adds.

10:22am: The Tigers announced that they have placed designated hitter Victor Martinez on the 10-day disabled list with an irregular heartbeat and recalled outfielder JaCoby Jones from Triple-A Toledo.

This is the second time this year Martinez has landed on the DL with an irregular heartbeat since he was diagnosed with the condition in mid-June. Martinez required a short stay in a Detroit-area hospital then, but he was able to return to action in under two weeks. The hope is that the 38-year-old Martinez will be able to make a similarly speedy recovery this time around, and MLBTR extends its best wishes to the respected and accomplished veteran.

As August wears on, more and more players are being put through revocable trade waivers. Here’s today’s list of names that have not only been placed on revocable waivers but have also gone unclaimed and are now free to be traded to any team…

You can see a full list of players that are known to have cleared revocable waivers here, and those seeking a refresher on the intricacies of the waiver process can check out MLBTR’s August trade primer.

We’ll use this post to keep track of players that have reportedly cleared revocable waivers. Before diving into the names, a few items bear repeating. The majority of Major League players will be placed on trade waivers this month, with most instances going unreported. There are undoubtedly players (quite a few of them, most likely) who have already cleared waivers but have not been reported to have done so. Players can be traded into September, as well, but only those traded on or before Aug. 31 will be eligible for the postseason with their new teams, so there’s some urgency for contending clubs to complete deals by month’s end. And, of course, for those who aren’t familiar with the inner-workings of waiver trades, MLBTR published a full explanation of how August trades work earlier this month.

Additionally, Curtis Granderson, Jay Bruce and Neil Walker cleared waivers before their respective trades to the Dodgers, Indians and the Brewers.

The right hand tendinitis that has kept Cubs starter Kyle Hendricks out since June 8 will likely shelve him for a while longer, reports Gorden Wittenmyer of the Chicago Sun-Times. Thanks to the setback he suffered Tuesday, Hendricks’ absence “will be measured in weeks,” not days, writes Wittenmyer. Hendricks is “sore,” said manager Joe Maddon, who added that his injury is “awkward” and “just not going away.” Like most of his Cubs teammates, Hendricks has taken steps backward this year on the heels of a magical 2016. After contending for the NL Cy Young last season, when he logged a 2.13 ERA, 8.05 K/9 and 2.08 BB/9 over 190 innings, the soft-tossing 27-year-old has experienced a velocity drop and recorded a 4.09 ERA, 7.44 K/9 and 3.08 BB/9 over 61 2/3 frames in 2017.

The latest on several other notable major leaguers dealing with injuries: