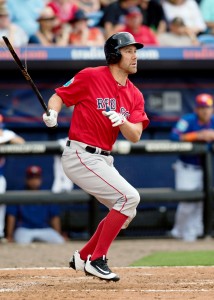 Court records have provided new insight into allegations against the former representatives of White Sox first baseman Jose Abreu, as Jared Hopkins of the Chicago Tribune reports. The Cuban emigre is said to have paid his agents $5.8MM in the first year after signing as a free agent, after they successfully engineered his complicated and shadowy escape from his home island. Human trafficking charges have been brought against agent Bart Hernandez and others relating to the scheme, which allegedly involved as many as 15 other players.

Here’s more from the AL Central:

Craig Kimbrel’s Red Sox career hasn’t gotten off to a particularly auspicious start, but manager John Farrell tells ESPN Boston’s Scott Lauber that the club still has “full trust” in its closer. While many fans might be panicking to some extent with Kimbrel having compiled a 5.00 ERA with a pair of homers allowed through his first nine innings of work, Lauber notes that Kimbrel encountered a similarly unproductive stretch to open last season before righting the ship and dominating over the season’s final five months. Kimbrel blames location of a few poorly placed fastballs to Chris Davis and Colby Rasmus for the pair of homers, noting that it’s early and that by season’s end, “…we’re going to be looking back at this and talking a little differently.”

3:42pm: Outfielder David Murphy has requested his release from the Twins, according to Mike Berardino of the St. Paul Pioneer-Press (via Twitter). He has already left the club’s Triple-A affiliate, Rochester, to return to his home.

Murphy, who spent camp with the Red Sox and joined Minnesota on a minor league deal, reportedly has an opt-out date of May 1st built into his contract. Obviously, we’re not there yet, but it seems that he could be considering retirement rather than seeking an opportunity with another club.

The Twins could conceivably have used him at the major league level, with Byron Buxton and Max Kepler both going down to Triple-A. But he’d have required a 40-man spot, and if he wasn’t the choice, the move would’ve put a big dent in his playing time at Rochester.

Murphy is off to a slow start, hitting .194/.256/.306 over 39 plate appearances at the Triple-A level in his first taste of the minors since 2007. The 34-year-old had long been a sturdy option against right-handed pitching, but hasn’t met with much interest since reaching the open market this winter.

Steven Souza celebrated his 27th birthday in spectacular fashion today, hitting two home runs during the Rays’ 8-1 win over the Yankees.  It was the second two-homer game of Souza’s career and his second in just a few weeks, as he also hit two long balls on April 6 against the Blue Jays.  Here’s some news from around baseball as we kick off a new week…

The Twins are set to promote top infield prospect Jorge Polanco to the Majors, a source tells Darren Wolfson of 1500 ESPN (Twitter link). It appears that third baseman Trevor Plouffe, who left yesterday’s game with an intercostal strain, is likely heading to the disabled list, thus necessitating the move. Polanco is one of the more highly regarded infield prospects in baseball, ranking 66th on Keith Law’s preseason Top 100 list at ESPN, 95th on MLB.com’s Top 100 and 99th on Baseball America’s Top 100. Polanco has played shortstop in the minors but is said to be best suited for second or third base. The switch-hitting Polanco draws praise for above-average speed, very good contact skills and modest pop, with Law writing that he could hit 12-15 homers and be a defensive asset at second or third. The promotion is likely to be temporary, as Plouffe, Eduardo Escobar and Brian Dozier line up at third base, shortstop and second base respectively. The Twins have Eduardo Nunez and Danny Santana (who is currently on the DL himself and, notably, is out of minor league options) as utility options.

A few more notes on the Twins…

11:08am: Twins director of communications and player relations Dustin Morse has announced the signing, adding that Murphy will be assigned to Triple-A Rochester.

11:01am: The Twins have agreed to a minor league contract with veteran outfielder David Murphy, reports La Velle E. Neal III of the Minneapolis Star Tribune (links to Twitter). The 34-year-old Murphy was in camp with the Red Sox on a minor league contract and didn’t make the club. He’s reportedly been waiting for a big league offer and weighing retirement over reporting to the minors, but Neal adds that it sounds like Murphy won’t be in the minors long with the struggling Twins. That means one of Eddie Rosario, Byron Buxton or Miguel Sano is on the hot seat in terms of his starting job, per Neal.

Minnesota entered the season with a promising trio of outfielders, but each of Rosario, Buxton and Sano has struggled tremendously this season. Buxton has struck out in half of his plate appearances, whereas Sano is at 43 percent and Rosario has punched out in 36 percent of his trips to the plate. Buxton would seem the most logical choice to get some time in the minors, as he’s the only one of the three that hasn’t experience big league success yet. Were that to play out, Rosario or young Max Kepler could see some time in center field, though Kepler himself is a highly touted but untested prospect.

Clearly, this outcome wasn’t one that the Twins had envisioned entering the season. Minnesota surprised most pundits with an 83-win season that saw the club still alive in the hunt for the AL’s second Wild Card spot right up until the final series of the regular season. However, the Twins have stunningly yet to win a game in 2016 despite a rotation that ranks 10th in the Majors with a 3.38 ERA. Minnesota has allowed four or fewer runs in all but one game this season, but they’ve also yet to score more than three runs in a single contest. The offense has unquestionably been the team’s downfall, and Murphy will be relied upon to give better at-bats than some of the club’s young talent that has struggled so badly to make contact.

Murphy split the 2015 season between the Indians and Angels, batting a combined .283/.318/.421 in 391 plate appearances. Those numbers are more or less commensurate with Murphy’s career .274/.333/.432 batting line, though it should be noted that he’s best paired with a platoon partner, as Murphy’s lifetime OPS against lefties (.655) is dwarfed by his mark against right-handed pitching (.795).

Free agent outfielder David Murphy had drawn interest from the Orioles, but Baltimore’s addition of Korean outfielder Hyun Soo Kim to their Opening Day roster closed the window on that potential fit for Murphy for the time being, WEEI.com’s Rob Bradford tweeted recently. According to Bradford, Murphy will return home in hopes of receiving a Major League offer and isn’t keen on playing in the minors at this point. Late in Spring Training, reports indicated that Murphy would consider retirement if he didn’t land on a big league roster, and this seems to align somewhat with that level of thinking. Murphy, 34, split the 2015 season between the Indians and Angels, batting a combined .283/.318/.421 with 10 homers in 391 trips to the plate. Though he’s long struggled against left-handed pitching, Murphy is a lifetime .278/.341/.454 against right-handed pitching and could fit as a part-time player for a club with a corner outfield need.

A few more notes on the sparse market for free agents…

The Red Sox have released outfielder David Murphy, the club announced.  Murphy opted out of his minor league deal with the team yesterday, and the Sox had 48 hours to either release him or add him to the 25-man roster.

Murphy, 34, was signed last month to add some left-handed hitting depth to Boston’s outfield.  Murphy’s chance at a roster spot, however, seemed to diminish as the Red Sox seemed to prefer two internal lefty-swingers (Brock Holt and Travis Shaw), and Murphy has no interest in a Triple-A assignment, hinting that he’d consider retiring before going back to the minors.

As Murphy’s release wasn’t unexpected, the Orioles and other teams have already been rumored to be interested in the veteran.  Baltimore has been linked to such left-handed hitting outfield options as Murphy and the Pirates’ Matt Joyce since the O’s already seem disenchanted with Hyun Soo Kim.  Murphy hit .283/.318/.421 with 10 homers over 391 plate appearances with the Angels and Indians last season.  This is just my opinion, but a reunion with either of those teams wouldn’t be out of the question since both L.A. and Cleveland have unsettled outfields.