There are quite a few minor moves to cover, with Baseball America’s Matt Eddy releasing several weeks’ worth of transactions. We’ll use this post to cover the most notable ones that haven’t yet featured on MLBTR:

The Giants have signed right-hander Ryan Webb, who was released by the Brewers near the end of Spring Training, to a minor league contract, according to Baseball America’s Matt Eddy. The Wasserman client is set to open the year in Triple-A Sacramento. (He’s been announced as a member of the River Cats’ Opening Day roster.)

Webb, 31, is coming off a rough and abbreviated season with the Rays, in which he pitched just 17 1/3 innings with a 5.19 earned run average. That represented Webb’s lightest big league workload in any season since he made his Major League debut with the Padres back in 2009. Prior to that disappointing campaign in Tampa Bay, though, Webb had logged a career 3.35 ERA in 376 innings with the Padres, Marlins, Orioles and Indians.

Webb isn’t an overpowering arm by any means; he averaged 92 mph on his heater in 2014-15 and sat at 90.9 mph in last year’s limited sample. Beyond that, he’s averaged just 6.2 strikeouts per nine innings pitched in his Major League career. However, Webb’s control has continually improved since his rookie season. Over the past three years he’s issued only 27 walks (five of them intentional) in 117 1/3 innings of work. Beyond that, Webb boasts a strong 56.1 percent ground-ball rate in his career and has routinely posted lower hard-contact rates than that of the league-average reliever.

The bullpen was a significant question mark for the Giants in 2016 and has already taken a notable hit in 2017 with the loss of southpaw Will Smith to Tommy John surgery. While signing Webb obviously won’t be construed as any kind of marquee addition, it’s also nice for San Francisco to have a depth option that comes with plenty of Major League success under his belt.

The Giants currently have Mark Melancon, Hunter Strickland, Derek Law, George Kontos, Cory Gearrin and Neil Ramirez as right-handers in their bullpen, plus Ty Blach on hand as a southpaw option. Behind that group, right-handers Albert Suarez, Dan Slania and Chase Johnson all represent 40-man options for the Giants.

The Brewers have released veteran righties Joba Chamberlain and Ryan Webb, per a club announcement. Both had been signed to minor-league deals over the offseason.

Though he allowed only three runs in his eight spring frames, Chamberlain managed only two strikeouts to go with five walks and ten base knocks. That was much the same story as his 2016 campaign, when he worked to a 2.25 ERA over twenty innings with the Indians but coughed up 11 walks (against 18 punch-outs) in the process.

In 342 career relief appearances, Chamberlain carries a 3.56 ERA and has held opposing hitters to a .247/.318/.379 batting line. But he last turned in a full and productive campaign in 2014 with the Tigers. Still, it seems likely he’ll catch on with another organization in the coming days.

Webb, meanwhile, only received three innings of work in camp, allowing just a single hit and earned run but failing to record a strikeout while issuing two free passes. Like Chamberlain, he’s a 31-year-old reliever who has had a fair bit of MLB success, with a 3.43 lifetime ERA in nearly 400 frames at the game’s highest level. But he struggled to a 5.19 ERA last year in his 17 1/3 innings with the Rays, coughing up 27 hits in the process.

Here are the latest minor moves:

The White Sox have released right-hander Ryan Webb, Baseball America’s Matt Eddy reports.  The 30-year-old reliever signed a minor league deal with Chicago in July after being released by the Rays earlier this season.

Webb signed a one-year, $1MM Major League deal with Tampa in February but wasn’t very effective in his brief stint as a Ray, posting a 5.19 ERA, 5.7 K/9 and 3.67 K/BB rate over 17 1/3 innings.  The peripherals numbers weren’t too far removed from Webb’s career marks, and there was certainly some batted-ball misfortune (.417 BABIP) that led to Webb’s inflated ERA.

It was certainly a step down from Webb’s usual performance, as the righty had posted a solid 3.35 ERA (with a 6.2 K/9, 2.15 K/BB and 56.5% grounder rate) over 376 innings from 2009-15 for the Padres, Marlins, Orioles and Indians.  His 2016 struggles continued at the Triple-A level, however, as Webb tossed only 2 2/3 innings (with a 13.50 ERA) for the top White Sox farm club.  He hasn’t pitched since July 20, so there could well be an injury at play, making it even more unlikely that another team would sign Webb for the September stretch run.

The White Sox have inked a minor league deal with reliever Ryan Webb, per Dan Hayes of CSN Chicago (Twitter link). The veteran righty will report to Triple-A.

Webb, 30, had pitched to a 5.19 ERA over 17 1/3 innings with the Rays before being cut loose. Beneath the surface, though, he has been much the same pitcher as always — a sturdy but hardly dominant middle reliever.

For Chicago, the move adds depth in an area where the team has taken some hits of late. The South Siders are still running out a fairly talented overall relief unit, but have lost several useful arms already in 2016.

The Rays have designated left-hander Dana Eveland for assignment in order to clear a spot on the 40-man and 25-man rosters for right-hander Dylan Floro, per a club announcement (links to Twitter via Marc Topkin of the Tampa Bay Times). Additionally, the team announced that Ryan Webb has cleared waivers and been released following his DFA late last month.

Eveland, 32, has surrendered 19 runs in 20 innings with the Rays this season. He’s punched out 18 hitters in that time, but he’s surrendered a troublesome 27 hits and 15 walks, leading to his bloated earned run average. The Rays will have 10 days to trade, outright or release the left-hander. If outrighted, he’ll have the ability to reject the assignment in favor of free agency, although he’s already been designated for assignment and accepted an outright assignment once this season. Eveland has a 5.42 ERA in parts of 11 seasons at the big league level, though he’s totaled just 443 1/3 innings in that time.

In his place, the Rays will turn to the 25-year-old Floro, who has put up strong numbers in Triple-A this year. While Floro doesn’t come with the gaudy strikeout totals that are often associated with up-and-coming relief prospects, he’s demonstrated stellar control throughout his minor league career since being selected in the 13th round of the 2012 draft. He’s saved seven games for the Rays’ Triple-A affiliate in Durham this season, posting a 2.81 ERA and averaging 7.1 K/9 against 1.5 BB/9 along the way. Floro didn’t rank among the Rays top prospects on the lists put out by Baseball America, MLB.com or Fangraphs this season but has emerged as an intriguing bullpen option for Tampa Bay.

As for Webb, he’ll hit the open market in search of a new opportunity. The 30-year-old signed a one-year, $1MM contract with Tampa Bay this winter but totaled just 17 1/3 innings of 5.19 ERA ball before being designated. Webb’s ground-ball rate dipped to a still-solid 48.4 percent, but he displayed strong control during his time with the Rays (two unintentional walks) and has a track record of limiting walks and racking up ground-balls. Webb doesn’t light up the radar gun, but he’s been a solid middle relief option for a number of years, as he’ll carry a 3.43 career ERA with per-nine-inning averages of 6.2 strikeouts and 2.8 walks to the open market along with his career 56.1 percent ground-ball rate.

The Rays have designated right-hander Ryan Webb for assignment, according to Roger Mooney of the Tampa Bay Times (Twitter link). His roster spot will go to previously designated Danny Farquhar, who will return to the big league club after having been sent outright to Triple-A.

Webb, 30, inked a one-year deal that guaranteed him a million dollars this offseason with the Rays. He totaled 17 1/3 innings out of the Tampa Bay bullpen and posted an uninspiring 5.19 ERA, though with 11 walks against just a pair of unintentional walks and an above-average 48.4 percent ground-ball rate, there’s plenty of reason to believe that Webb can right the ship and contribute later this season, be it with the Rays or another organization. Webb entered the 2016 season with a lifetime 3.35 ERA, 6.2 K/9 and 2.9 BB/9 in 376 innings at the Major League level.

FEB. 19: Webb can earn up to $500K worth of incentives based on appearances, Topkin reports (Twitter link).

FEB. 18: The Rays announced to the media today that they have signed right-hander Ryan Webb to a one-year deal, via Marc Topkin of the Tampa Bay Times (Twitter link) and Roger Mooney of the Tampa Tribine (Twitter link). Topkin tweets that Webb is guaranteed $1MM and can earn more via incentives. To clear a spot on the 40-man roster, right-hander Chase Whitley was placed on the 60-day disabled list. Whitley is recovering from Tommy John surgery. 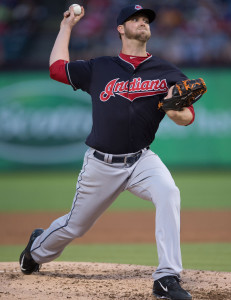 The 30-year-old Webb, a client of the Wasserman Media Group, spent the bulk of 2015 with the Indians, logging a 3.20 ERA with 5.5 K/9, 2.1 BB/9 and a 59.2 percent ground-ball rate in 50 1/3 innings out of the bullpen. Webb was the subject of some rather unique roster shuffling with the Orioles and Dodgers, in which the Dodgers took on the entirety of Webb’s remaining $2.75MM salary in a four-player trade that also netted L.A. a Competitive Balance Draft Pick. The Dodgers outrighted Webb immediately, and Webb, as a player with five-plus years of service time, was able to reject the assignment and still be guaranteed the entirety of his salary. As such, the Dodgers effectively purchased a draft pick from Baltimore through that transaction (as MLBTR’s Charlie Wilmoth examined in greater depth at the time).

Despite that curious situation, Webb has been a largely effective reliever over his six years in the Majors. While he doesn’t miss many bats (career 6.2 K/9), Webb has a career 3.35 ERA with reasonable control (2.9 BB/9) and an excellent 56.5 percent ground-ball rate. He’s endured just one stint on the disabled list since debuting in 2009 — a six-week stay for inflammation in his right shoulder back in 2011. Webb hasn’t missed any time since that apparently minor injury, however, and has been a durable arm out of the ’pen, averaging 55 appearances/58 innings per season from 2010-15 with the Padres, Marlins, Orioles and Indians.

The Rays certainly have room to add a useful arm like Webb to the relief corps, as the team traded Kevin Jepsen to the Twins last July, traded Jake McGee to the Rockies just last month and outrighted Brandon Gomes off the 40-man roster following the season. That trio accounted for 138 innings of relief for the Rays last season, and Webb will absorb a fair portion of that workload.

7:25pm: The Rays could announce a deal for Webb as soon as tomorrow, writes Topkin in a full column. Moreover, it appears that Webb is in line for a Major League deal with the Rays, as Topkin writes that the the holdup in the deal “could be” related to the determination of a corresponding 40-man roster move (notably, players can officially be added to the 60-day disabled list beginning tomorrow).

12:07pm: The Rays are closing in on a deal with right-handed reliever Ryan Webb, according to Marc Topkin of the Tampa Bay Times (via Twitter). Tampa Bay has been said to be pursuing relief additions in recent weeks, and it seems they’ll likely add at least one new piece as camps open around the game.

Webb, 30, contributed 50 2/3 innings of 3.20 ERA pitching to the Indians last year after joining the team on a minor league deal. Though he averaged only 5.5 K/9 against 2.1 BB/9, he generated an excellent 59.2% groundball rate on balls put in play against him.

That solid effort came in spite of the fact that Webb was caught up in some early-season transactional machinations that somewhat surprisingly left him without a roster spot. Webb has averaged 58 frames of 3.31 ERA pitching annually since his first full season of MLB action back in 2010.