A couple minor moves, both of which come courtesy of Roster Roundup:

Monday’s minor moves from around baseball: 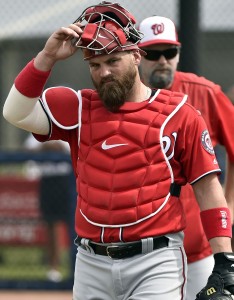 Right-hander Kevin Gadea, whom the Rays selected out of the Mariners organization in last December’s Rule 5 Draft, will miss “at least” four weeks of action after an MRI revealed tendinitis in his right elbow, reports Marc Topkin of the Tampa Bay Times (Twitter links). Perhaps of more interest, Topkin adds that the Rays were in the process of returning Gadea to the Mariners organization when the MRI revealed his injury. Now, he’ll open the season with the Rays and accrue some Major League service time on the team’s disabled list.

In that sense, the injury could benefit both Gadea and the Rays. He’ll earn the pro-rated portion of the league minimum for the time he spends on the MLB DL — a significant pay increase over what he’d have earned in the minors — and the Rays, in turn, will have a chance to further evaluate Gadea while he progresses through a minor league rehab assignment. If other injuries arise and/or other relievers fail to perform early in the season, it’s possible that Gadea could emerge as a candidate to help out on the Major League roster. Of course, the Rays may simply offer him back to the Mariners once he’s cleared to return to game action.

It should be noted that Gadea, 22, was a long shot to stick on the Rays’ roster out of camp. Signed out of Nicaragua as a free agent back in 2012, Gadea has yet to ascend even to the Class-A Advanced level, having spent the makority of the 2016 season in the Class-A Midwest League. Gadea handled himself quite well there, logging a brilliant 2.15 earned run average with 72 strikeouts (12.9 K/9) against just 11 walks (2.0 BB/9).