Recently-retired veteran Kevin Youkilis will be joining the Cubs as a special assistant, Mark Gonzales of the Chicago Tribune reports on Twitter. The connection will be obvious for many: Youkilis rose to prominence and made most of his impact on the field playing for former Red Sox GM and current Cubs president of baseball operations Theo Epstein. 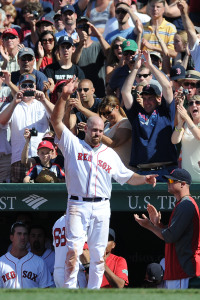 In today's Boston Globe, Nick Cafardo makes the case for Braves pitcher Tom Glavine to earn induction into the Hall of Fame.  For his part, Glavine said he would be thrilled to go in with Greg Maddux and Bobby Cox. “Bobby Cox had the biggest influence in my career and probably the second- or third-biggest influence in my life,” Glavine said. “Greg was a dear friend, and just being around him made me better. I learned so much. We talked so much about pitching and situations, and hitters. I couldn’t have asked for a better teammate and influence on my career. To have three of us together like that would be incredible, and Smoltzy next year.”  More from today's column.. 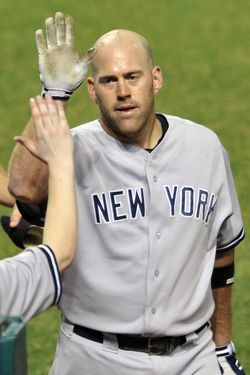 Kevin Youkilis wanted to avoid travel and play for a West Coast MLB team, so it was a surprise to see him agree to terms with Rakuten in Japan. WEEI.com's Alex Speier writes that the Indians, Yankees and Rays were interested in Youkilis, but that Youkilis preferred retiring to flying all the way to the eastern part of the US. When the opportunity to play in Japan arose, however, Youkilis' wife and seven-year-old daughter were excited about the chance to there for a year. Youkilis says he plans to spend a year there, then decide whether he wants to continue his career (all Twitter links). Here are more notes from around the American League.

With Corey Hart and Logan Morrison heading to the Mariners and James Loney agreeing to return to the Rays this week, the Pirates and Brewers remain on the hunt for a first baseman, as MLB.com's Anthony DiComo notes (via Twitter). The Astros could be on the lookout for a first baseman as well. With Mike Napoli (Red Sox) and Justin Morneau (Rockies) also gone, there isn't much left on the free-agent market, which means teams still hoping to acquire a first baseman will probably also consider trades. Here's a look at the main options still available.

Dodgers GM Ned Colletti told reporters, including Bill Shaikin of the Los Angeles Times (on Twitter), that he has met with "far more agents than teams" at the winter meetings. He added that he doesn't expect any deals to go down before leaving tomorrow.

Kevin Youkilis is beginning to draw some interest as a low-cost corner infield option, tweets Nick Cafardo of the Boston Globe. The YES Network's Jack Curry adds that Yankees GM Brian Cashman recently reached out to Youk's agent and was informed that his client's preference was to play closer to his home in California (Twitter link).

Youk's lone season in Yankee pinstripes consisted of just 28 games and 118 plate appearances due to persistent back injuries. The 34-year-old batted just .219/.305/.343 in his brief stint with the Yankees, which, combined with injury concerns, will likely make it difficult to find regular at-bats with a club, especially if he's boxing himself into one geographic region.

Here are a few items about the World Series champs…