The Rangers announced they’ve reinstated reliever José Leclerc from the 60-day injured list. He’ll be active for tonight’s contest in Detroit, potentially setting him up for his first big league appearance in two years. Texas also activated reliever Brett Martin and outfielder Steele Walker from the COVID-19 IL. Walker and left-hander Kolby Allard have been optioned to Triple-A Round Rock to free active roster space. Tyson Miller, who’d been brought up as a designated COVID substitute, was taken off the 40-man roster and returned to the minors after two appearances.

Leclerc’s return is the biggest development for the Rangers, as it marks the end of a 15-month rehab process. The right-hander underwent Tommy John surgery just before Opening Day last year, costing him a season and a half worth of action. That came on the heels of a 2020 campaign in which he was limited to two appearances because of a shoulder strain, meaning he hasn’t seen extended action since 2019.

Before the health concerns threw his career off track, Leclerc looked as if he might emerge as one of the sport’s better late-inning arms. He’s shown swing-and-miss stuff throughout his career, but he was particularly effective in 2018. Leclerc posted a 1.56 ERA in 57 2/3 innings that season, striking out an elite 38.1% of opponents with a personal-low 11.2% walk rate. The following offseason, Texas signed him to a $14.75MM guarantee to buy out a pair of potential free agent seasons.

Leclerc’s control regressed in the first year of the deal, and he pitched to an underwhelming 4.33 ERA through 68 2/3 innings. Injuries have cost him the next two and a half seasons, but he’ll finally step back into the bullpen for skipper Chris Woodward. He tossed nine innings over as many appearances on a minor league rehab stint before returning to the MLB roster.

The 2022 season is the final guaranteed year of the aforementioned extension. Leclerc is making $5.25MM, and the club holds successive options for the next two seasons. They’ll have to decide on a $6MM option or a $750K buyout at the end of this year, making the next few months particularly critical for Leclerc’s long-term earning potential.

The Padres placed Mike Clevinger and Adrian Morejon on the COVID injured list, recalling Ray Kerr and Reiss Knehr from Triple-A, per the team. Kerr, 27, will give the Friars a third southpaw out of the bullpen behind closer Taylor Rogers and Tim Hill. Though Clevinger has been starting, Knehr, 25 will probably pitch in relief for now. Knehr has been tagged with a 5.84 ERA across 51 2/3 innings in Triple-A so far this season while making 10 starts and appearing twice in relief. The Padres rotation currently goes six deep, even with Clevinger out. Brent Rooker was also added to the active roster to serve as the 27th man for today’s doubleheader.

JUNE 11: Calhoun has cleared waivers and been outrighted to Triple-A, per Evan Grant of the Dallas Morning News (via Twitter).

JUNE 5: The Rangers announced that they have selected the contract of outfielder Steele Walker. Infielder Andy Ibanez has been optioned to make room for him on the active roster. To create space on the 40-man roster, outfielder Willie Calhoun was designated for assignment.

That line comes in just 20 Triple-A games, but it’s evidently enough that the club wants to see if he can carry it to the big leagues with him. Kole Calhoun and Adolis Garcia have been mainstays in the Texas outfield, though it’s been a rotating cast of characters that have been suiting up next to them, including Ibanez, Brad Miller, Eli White, Zach Reks and Nick Solak. Miller is on the injured list and no one else has taken sufficiently taken over a regular role, creating an opening for Walker to get this audition.

As for Willie Calhoun, this move will almost certainly conclude his tumultuous relationship with the Rangers organization. Just over a month ago, he was demoted to Triple-A and didn’t mince words when speaking about the situation, telling the media that he had asked the team to trade him. Furthermore, he also questioned the club’s coaching strategy. “I don’t agree with some of the hitting philosophies from the new guys,” Calhoun said.  “I don’t process that (information) too well.  I’m not 6-4, 230 pounds; I can’t hit pop-up home runs.  I don’t have that leverage.”

Calhoun was the headlining prospect in the deal that sent Yu Darvish to the Dodgers, though he’s struggled to cement himself at the big leagues since then. In 253 games over the past six seasons, he has a career batting line of .241/.300/.407, 85 wRC+. Despite that sluggish output, he’s likely to garner interest around the league based on his previous prospect status, with teams hoping that a change of scenery could help him get his career back on track. Despite many up-and-down seasons, he’s still just 27 years old and came into this campaign with three years and 33 days of MLB service time. He’s in his final option year, meaning any acquiring team wouldn’t even have to commit to an active roster spot for Calhoun, and could control him beyond this season through arbitration.

Of the three prospects the Rangers got in the Darvish deal, A.J. Alexy is now the last one still with the organization, as Brendon Davis was lost to the Angels in the minor league portion of the Rule 5 draft prior to the 2021 season. Alexy made his MLB debut last year but is currently struggling in Triple-A. Through 48 2/3 innings this year, he has an ERA of 6.29.

The flurry of trades leading up to the deadline created some vacancies in teams’ player pools, and we’ve continued to see a few clubs add prospects to their ranks even in the days since the deadline as they look to get said players some vital developmental reps late in the season. Here’s a look at some of the latest additions around the league…

Optimism continues to build regarding a potential agreement between the Yankees and free-agent outfielder Brett Gardner. The Yankees are “hopeful” they’ll finalize a contract soon, Jon Heyman of MLB Network tweets, and Joel Sherman of the New York Post adds that the two sides are “far down the line” in negotiations. With center fielder Aaron Hicks set to miss a large portion of next season after undergoing Tommy John surgery and the Yankees having no established in-house replacements, the need for Gardner – the most accomplished CF option in free agency – is obvious. Although he’ll turn 37 years old in 2020, Gardner remains a valuable all-around contributor and a revered clubhouse presence.

Here’s more on New York and a few other AL clubs: 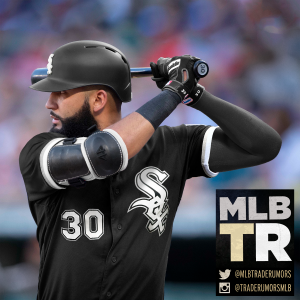