Here are the five biggest stories here at MLBTR from the past week.

Braves reach deals with Bartolo Colon, R.A. Dickey. Several key veterans found new teams this week, and the Braves were perhaps the most active team in acquiring them, grabbing 40-something hurlers Colon and Dickey to eat innings for their 2017 staff. Colon will receive one year and $12.5MM, while Dickey will get $7.5MM for 2017, and $8MM or a $500K buyout for 2018. (The Braves got a veteran arm for their bullpen as well, signing injury-ravaged righty Jordan Walden to a minor league deal for a return engagement.) 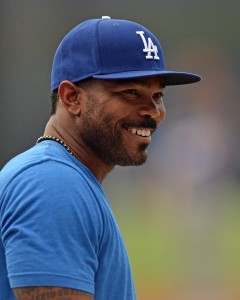 Phillies deal for Howie Kendrick. The Dodgers shipped OF/2B/3B Howie Kendrick to the Phillies for the modest price of first baseman Darin Ruf and 2B/OF Darnell Sweeney. (It was the Dodgers’ second trade involving a veteran this week, as they also sent catcher Carlos Ruiz to Seattle for Vidal Nuno.) The rebuilding Phillies cited Kendrick’s versatility as a key to the deal — Kendrick’s ability to play multiple positions gives the team flexibility depending on which young players turn out to warrant regular playing time.

Cubs decline Jason Hammel’s option. The Cubs made the somewhat surprising decision to pay Jason Hammel a $2MM buyout rather than exercising his $12MM option. Hammel, who pitched 166 2/3 solid innings in 2016, seemingly would have made a good trade chip at that price, but the Cubs said they preferred to let Hammel pick his next team rather than dealing him.