Some minor moves from around the league that were announced Monday…

Swarzak, 35, pitched in six games earlier this year with the Diamondbacks. He allowed five runs over 4 2/3 innings, striking out four while walking just one. Arizona cut Swarzak loose at the end of April, and he latched on with the Royals not long thereafter on a minor league deal. He got off to a fantastic start with Triple-A Omaha, punching out 14 of 33 batters faced (42.4%) while not issuing a walk. He allowed three runs (two earned) in 9 1/3 frames as a Storm Chaser before earning his way back to the big leagues.

Bolaños went on the IL earlier this week with a forearm strain. It’s not yet clear if that’ll require surgical repair, but he’s now out until at least mid-August. The 24-year-old was off to a strong start to the year, striking out ten while issuing just a pair of walks over 6 1/3 relief innings.

It’s the Year of the Injury, and this post will house many of the evening’s updates on that front.

The Royals have activated right-hander Jakob Junis and catcher Cam Gallagher from the injured list, as per the team’s official Twitter account.  To create roster space, catcher Oscar Hernandez was designated for assignment and righty Ronald Bolanos was optioned to the club’s alternate training site.

Junis is slated to start Kansas City’s game against the White Sox this afternoon, while Gallagher is behind the plate.  Both Junis and Gallagher are making their first appearances of the season after receiving positive COVID-19 diagnoses during Summer Camp, which set back their preseason preparations.

The 27-year-old Junis has been a reliable eater of innings since becoming a full-time member of the Royals’ rotation, though his overall performance has been inconsistent.  Junis has a 4.80 ERA, 3.25 K/BB rate, and 8.4 K/9 over 352 1/3 innings since the start of the 2018 season, with a 4.37 ERA in 2018 and a 5.24 number last year.  Despite that notable gap in ERA totals, there wasn’t much different in Junis’ peripheral stats between the two seasons.

Gallagher will assume his regular role as Salvador Perez’s backup.  Gallagher has hit .230/.297/.352 over 238 plate appearances in his three seasons in Kansas City, with 142 of those PA coming in 2019 when Gallagher received more playing time due to an unusually unsettled catching situation — Perez missed the season recovering from Tommy John surgery, and interim starter Martin Maldonado was traded in July.

Hernandez appeared in four games for the Royals this season, which marked his first MLB action since he played in another four games for the Diamondbacks in 2016.  All told, Hernandez has 26 big league games on his resume during an 11-year pro career that has seen him clock 549 games (and a .246/.323/.417 slash line in 2140 PA) in the minor leagues with the Rays, Diamondbacks, and Red Sox organizations. 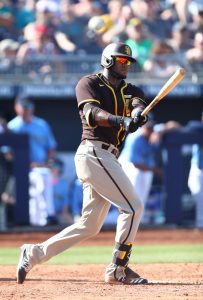 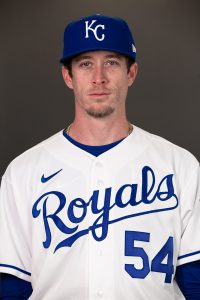 The Padres announced Monday that they’ve selected the contract of right-hander Ronald Bolanos from Double-A Amarillo. Southpaw Jose Castillo was moved to the 60-day injured list to open a spot on the 40-man roster.

Bolanos, who turned 23 just 10 days ago, was a fairly high-profile signing by the Padres, securing a bonus worth a bit more than $2MM when he left his native Cuba. Listed at 6’3″ and 220 pounds, Bolanos is generally regarded as one of the more promising arms in a loaded San Diego farm system. MLB.com tabs him 15th among Friars farmhands, and he’s listed at No. 17 on Baseball America’s midseason update and No. 39 over at Fangraphs.

Bolanos opened the season in Class-A Advanced and posted a 2.85 ERA through 10 starts before jumping to Double-A. His 4.23 ERA there isn’t as impressive, but Bolanos has upped his strikeout rate, improved his walk rate and maintained his strong 47.7 percent grounder rate since moving up to face more advanced competition. He’s still relatively young for the Double-A level and will face considerably more experienced pitching in making his big league debut.

The Padres have kept Bolanos in a starter’s role throughout the bulk of his minor league career, though scouting reports note that there’s a definite chance he ends up in the ’pen. He draws praise for a clean delivery and a fastball that sits 93 mph while occasionally touching 96-97mph. His slider, curveball and changeup are less polished offerings, and the development of those offerings will likely determine whether his future is in the San Diego rotation or bullpen. For now, he’ll get his first experience at the MLB level in hopes of convincing the club that he can be a part of the staff early in the 2020 campaign.

Cuban right-hander Vladimir Gutierrez, who rated No. 3 on MLB.com’s rankings of international prospects, is still weighing multiple options, tweets MLB.com’s Jesse Sanchez. Gutierrez has reportedly bounced around to multiple agencies and had a lengthy stay on the free agent market (he was declared a free agent last July) and may now pitch in Japan or wait until next year’s international signing period to strike a deal. That seems like an awfully lengthy wait for a pitcher who has drawn some pretty solid reviews in the past and as recently as March was said to have re-established himself as a prospect after briefly seeing his stuff take a step backward. Gutierrez is 20 years of age, so he’s subject to international spending limitations for now, although if he does wait until next year to sign, the international free agency process could look markedly different, as it’ll be discussed at length in the upcoming wave of collective bargaining negotiations.

That said, there are also a pair of international signings that merit mention…

Cuban hurler Ronald Bolanos, a 19-year-old righty, has left the island nation and has his sights set on joining a MLB organization, Baseball America’s Ben Badler reports. Bolanos has also spent time in the outfield, but looks like a better prospect on the hill.

According to Badler, Bolanos fell just outside the top-twenty Cuban prospect list that he just compiled. He works in the 88 to 93 mph range with his fastball, and has a promising slider as well. The youngster lacks polish and has mostly worked in a relief capacity, but remains a fairly interesting arm.

As Badler explains, Bolanos is young and inexperienced enough that he’ll ultimately be subject to international signing bonus limits. He’s a ways away from the market: in addition to all the regular barriers he’ll have to clear, Bolanos will not be eligible to register until the signing period that begins on July 2, 2016.