Here’s a look back at this week’s key stories from around the league.

Yankees get Todd Frazier, David Robertson, Tommy Kahnle from White Sox. The Yankees and White Sox pulled off a blockbuster this week, with the Yankees upgrading their corner infield spots with Todd Frazier and their bullpen with David Robertson and Tommy Kahnle. The White Sox, meanwhile, received Tyler Clippard, plus three prospects (including two former first-round picks, Ian Clarkin and Blake Rutherford. In the wake of the deal, the White Sox also announced the promotion of Yoan Moncada, one of the game’s top overall prospects, to the Majors. 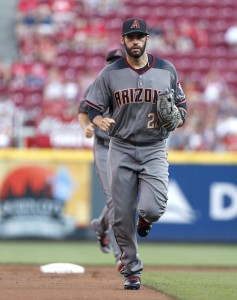 Diamondbacks acquire J.D. Martinez. In yet another significant July trade, the Diamondbacks acquired slugger J.D. Martinez from the Tigers for a trio of prospects headed by young infielder Dawel Lugo. The Tigers seemingly continue to be one of the more buzzed-about teams on the trade market, with Justin Wilson, Justin verlander and Ian Kinsler all coming up in various scenarios.

Mariners acquire David Phelps. The Frazier/Robertson and Martinez deals weren’t the only big one this week. The Marlins shipped righty reliever David Phelps to Seattle in exchange for a quartet of prospects headed by outfielder Brayan Hernandez. The Mariners had a busy week, also acquiring lefty Marco Gonzales from the Cardinals in exchange for outfielder Tyler O’Neill and sending veteran relievers Mark Lowe and Jean Machi to the White Sox.

Nationals deal for Sean Doolittle, Ryan Madson. The Nationals boosted their bullpen this week by acquiring veteran relievers Sean Doolittle and Ryan Madson from the Athletics in return for Blake Treinen and a pair of prospects. The Nats remain interested in acquiring pitching and have been connected to a number of the remaining bullpen names.

Pablo Sandoval set to return to Giants. Last week, the Red Sox began the process of cutting ways with third baseman Pablo Sandoval. This week, he agreed to head back to his former team, the Giants, on a minor-league deal.