Nationals ace and NL Cy Young front-runner Max Scherzer left his start in the fourth inning against the Pirates on Saturday with a right hamstring cramp, manager Dusty Baker announced. Baker added that Scherzer underwent a precautionary MRI, but the skipper didn’t seem overly concerned about the right-hander, Chelsea Janes of the Washington Post tweets. A major injury to Scherzer right before the playoffs could be disastrous for the Nationals, who will match up with the Cubs in the NLDS. If healthy, Scherzer should take the ball for Game 1 on Oct. 6. The two-time Cy Young winner wrapped up his regular season with 3 1/3 scoreless, five-strikeout innings on Saturday, giving him a 2.51 ERA and 12.02 K/9 against 2.47 BB/9 across 200 2/3 frames.

More on Washington and a couple other NL franchises:

This week in baseball blogs…

Padres right-hander Jhoulys Chacin threw 180 1/3 innings of 3.89 ERA ball and contributed upward of two wins above replacement this season, making him one of the top bargain signings of 2017. Chacin inked a $1.75MM deal with the Padres last winter and should fare much better on his next contract, one that might come from another organization. But Chacin told AJ Cassavell of MLB.com and other reporters Saturday that he’d be willing to continue his career in San Diego (Twitter link). “It’s hard to tell,” Chacin said of his future. “But I would be really happy to come back here.” Re-signing the capable innings eater would make a lot of sense for the rebuilding, starter-needy Padres, as MLBTR’s Jason Martinez wrote Friday.

More from San Diego and a couple other cities:

Mets general manager Sandy Alderson isn’t pleased with the in-house finger-pointing directed at manager Terry Collins, who’s likely in his final season with the club. Alderson told Anthony DiComo of MLB.com and other reporters Saturday that he “was exceptionally disappointed” in the member(s) of the front office who said earlier this week that Collins has lost favor with the team’s management. The GM added that “were I to know who that person was, that person would be terminated immediately. I think that this story and the aftermath overshadows, to this point, seven years of outstanding service” from Collins. Asked whether Collins has contributed to the Mets’ injury woes by overworking his players – something one club official has accused him of – Alderson said, “No, I wouldn’t agree to any of the substance of that conversation.”

Here’s more from the East Coast:

Here’s the latest from Ken Rosenthal, via a video for FOX Sports:

Giancarlo Stanton discusses his future with the Marlins in a big new feature by Fan Rag’s Jon Heyman. Here are the highlights.

The Indians have activated outfielder Michael Brantley from the 10-day DL, MLB.com’s Jordan Bastian tweets. That means the team will have the option of placing Brantley on its ALDS roster. Manager Terry Francona had previously said the team intended to give Brantley “every chance possible,” although Bastian tweets that Brantley is not in tonight’s lineup.

Brantley had been on the DL since early August after suffering an ankle sprain. Before that, he was productive, batting .299/.358/.445 over 372 plate appearances while returning from a 2016 campaign that was ruined by a shoulder injury.

The Indians are currently going with an outfield mix of Austin Jackson, Jason Kipnis, Jay Bruce, Lonnie Chisenhall and others. Brantley would give them another option in left field, and possibly off the bench as well, in the playoffs. The team is also currently missing center fielder Bradley Zimmer, who’s out with a hand injury, and Brandon Guyer is currently active but struggling with a sore wrist.

Contrary to what had previously been known about Matt Garza’s contract, the Brewers no longer have a 2018 option on the right-hander, MLB.com’s Adam McCalvy tweets. The option was voided after he crossed a games pitched threshold. Without the option, Garza is set to hit free agency this winter as his four-year, $50MM contract comes to an end.

Garza’s contract had a vesting option for 2018 that would have automatically exercised at $13MM if he had 110 starts from 2014-17 and under certain other conditions. He had only started 93 games in that time frame, however. The vesting option would have become a $1M club option if Garza had spent over 130 days on the disabled list in any season from 2014 through 2017, but he did not. It was previously thought that, in the absence of the $13MM vesting option or the $1M team option, the Brewers would have a $5MM team option, but evidently that isn’t the case.

It didn’t appear especially likely that the Brewers would exercise Garza’s option even at the reduced $5MM price. Jimmy Nelson is already set to miss the start of the 2018 season, and not having an option on Garza further reduces the club’s flexibility, but it still appears likely that the Brewers would have looked elsewhere for starting pitching help or relied on other internal options even if they could have kept Garza at $5MM.

After a strong first season in Milwaukee, Garza has struggled, and this year he’s posted a 4.94 ERA, 6.2 K/9 and 3.5 BB/9 while missing time to groin and leg issues. He also struggled down the stretch and was removed from the Brewers’ rotation weeks ago. That’s not exactly a world-beating performance, particularly when considered in the broader context of a third straight underwhelming season — since 2015, Garza has a 5.10 ERA, 6.2 K/9 and 3.4 BB/9 over 365 innings. The Brewers also might generally prefer to go with younger pitchers.

SATURDAY: The reason the Marlins fired their executives before Jeter’s group assumed ownership of the team is that their contracts will now have to be paid by outgoing owner Jeffrey Loria, USA Today’s Bob Nightengale tweets. Jeter’s group will save $5MM.

FRIDAY: The Marlins are continuing their front office housecleaning as the new ownership group prepares to take over, with Barry Jackson of the Miami Herald reporting that assistant GM Mike Berger, VP of player development Marc DelPiano, VP of pitching development Jim Benedict and VP of player personnel Jeff McAvoy have all been let go.  As with the firings of four Marlins special assistants last week, incoming co-owner and CEO Derek Jeter didn’t make these new dismissals himself.  Instead, outgoing Marlins president David Samson was again asked to deliver the news to the now-former members of Miami’s baseball ops department.

It’s normal, of course, to see new owners make wholesale changes to a team’s pre-existing front office personnel.  (The only unusual aspect seems to be the fact that Jeter is outsourcing this task to Samson rather than handle the firings personally.)  It does raise some question about Michael Hill’s future role with the team; the president of baseball operations is reportedly being kept on by Jeter and Bruce Sherman, though likely in a different capacity since so many of his chief lieutenants have now been fired.

Several reports have tabbed two current Yankees executives as candidates to join the Marlins’ front office — VP of player development Gary Denbo and special assistant Jim Hendry.  According to FanRag Sports’ Jon Heyman, the Marlins have yet to contact the Yankees about Denbo or Hendry, though many within the Yankees organization believe Denbo is a sure thing to leave, possibly to become the Marlins’ new general manager.

Hendry, of course, is a former GM himself, running the Cubs’ front office from 2002-11.  Heyman reports that Hendry has a good relationship with Jeter’s agent Casey Close, who himself has been mentioned in rumors about possibly taking on a front office role in Miami.  Close has told people, however, that there are no plans for him to leave Excel, Heyman writes.

As for the on-field managerial role, Don Mattingly has yet to hear about his fate for 2018, Jackson reports, though he is widely expected to be staying.  Jeter and Mattingly obviously are well-acquainted with each other from their days in New York.  Mattingly only has a 154-166 record as he finishes his second year as Miami’s skipper, though it’s hard to attribute that lack of success to Mattingly given the off-the-field tumult of the team’s sale and the tragic death of Jose Fernandez. 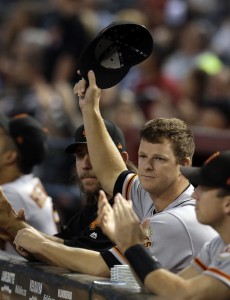