As teams continue to get health and travel reports, many have slots left to fill on their 60-man rosters, so we’ll use this post throughout the day to track the minor changes. 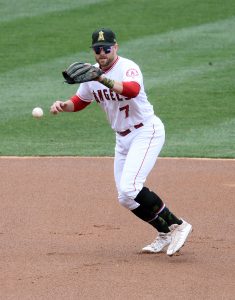 The Angels have agreed to sign first-round pick Will Wilson, per a team announcement. Wilson will receive $3.4MM, Jeff Fletcher of the Orange County Register reports. That falls short of the $3,885,800 recommended slot value for Wilson’s selection (No. 15).

In their free scouting report, Jim Callis and Jonathan Mayo of MLB.com write Wilson “has a high floor as a steady up-the-middle defender with surprising power.” He may not possess the speed to stick at short, though, and could end up as a second baseman in the pros.

The Angels went into the draft with just over $7.6MM to spend on picks, so the Wilson signing will unsurprisingly eat into a large portion of that total.