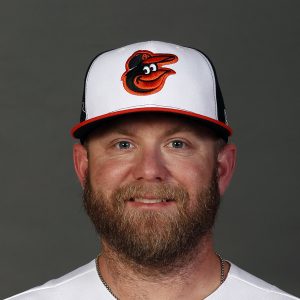 That Rodgers would land in Baltimore isn’t a huge surprise, given that he was long ranked as one of the Astros’ more promising pitching prospects during now-Orioles GM Mike Elias’ stint in the Houston front office. Injuries, however, have significantly slowed the righty’s career. He appeared poised to step into the big leagues for a full-time audition in 2017 after pitching to a 2.86 ERA in 132 innings of Triple-A ball in 2016. Instead, he underwent Tommy John surgery that May and was sidelined for more than a year.

Since going under the knife nearly three years ago, Rodgers has been limited to 116 2/3 innings between the big leagues and the minors. He’s been clobbered for 23 runs in 13 2/3 innings in the Majors but does possess a career 3.67 ERA with 7.1 K/9, 1.9 BB/9 and 0.8 HR/9 in 365 Triple-A frames. Rodgers generated strong ground-ball marks earlier in his career but has been more of a fly-ball pitcher since returning from surgery. The Astros selected Rodgers in the third round of the 2012 draft when Elias was a key figure in their scouting department — he ascended to scouting director the following year — and the Orioles have a clear need for pitching depth.

As for Davis, he’s a longtime Cubs farmhand with a bit of MLB experience. The 30-year-old backstop is signing on for his first season outside the Cubs organization after compiling a .277/.350/.385 clash through 1595 plate appearances at the Triple-A level. Davis has also logged 39 plate appearances in 20 MLB games, hitting at a .222/.256/.333 clip in that tiny sample.

In addition to his time as a catcher, Davis has logged more than 1000 innings at first base in his career and 292 frames across the diamond at the hot corner. He has a career 25 percent caught-stealing rate as a catcher and a track record of very strong framing numbers in the upper minors, per Baseball Prospectus. Beyond his solid play in Triple-A, Davis is perhaps best known for the myriad GIFs that were born of his penchant for locking eyes with the television cameras at any and all opportunities during Iowa Cubs games, dating back to the 2016 season.

Cubs catcher Taylor Davis, who was designated for assignment over the weekend, cleared waivers and was sent outright to Triple-A Iowa, per the MLB.com transactions log.

Davis, 29, has been up and down with the Cubs over the past three seasons, appearing in just 20 games and putting together a .222/.256/.333 slash with a homer and a double in 39 trips to the plate. He also made one lone appearance on the mound in 2019, entering an 11-2 blowout and allowing three straight singles against the A’s before pulling an improbable Houdini act and escaping the jam unscathed.

A .277/.350/.386 hitter across parts of five Triple-A seasons, Taylor is known as a difficult player to strike out (12.5 percent) with a penchant for drawing plenty of walks (9.9 percent). Davis has thwarted exactly one quarter of the stolen-base attempts against him in his minor league career (60 of 240) and has posted well-above-average framing numbers in Triple-A over the past few seasons.

The Cubs announced today they’ve placed catcher Willson Contreras on the 10-day injured list, as expected. Taylor Davis has been recalled from Triple-A Iowa to take his spot on the 25-man roster.

Contreras came up hobbling in yesterday’s game and was diagnosed with a hamstring strain. The team decided it needn’t wait until receiving the results of tomorrow’s MRI to shut him down. It’s dreadful timing for the first-place Cubs, who lead the NL Central by a mere half-game and just traded away catcher Martín Maldonado. Contreras has been one of the Cubs’ best players, slashing .275/.365/.525 over 340 plate appearances.

In his absence, the club will turn to Víctor Caratini, who has hit well himself in limited time and might be a superior defender to Contreras but can’t match the latter’s offensive track record. Caratini’s no doubt a better reserve backstop than what most teams can run out, but it’s never good news to lose a top five player at one’s position.

Behind Caratini will be Davis, a 29 year-old who’s seen sporadic big league action the past three seasons. Davis has never shown much punch with the bat, and his .250/.358/.350 line in Triple-A in 2019 is fairly underwhelming, considering the high-powered offensive environment he’s played in.

April 12: The Cubs have placed Caratini on the 10-day injured list due to what has indeed been revealed to be a fractured left hamate bone. Catcher Taylor Davis has been recalled from Triple-A Iowa in his place. Caratini will undergo surgery Monday and miss four to six weeks of action with the injury, per Bruce Levine of CBS Chicago / 670 The Score (Twitter link).

April 11: Cubs catcher Victor Caratini will undergo a CT scan tomorrow on his left hand, the club told reports including Gordon Wittenmyer of the Chicago Sun-Times (Twitter links) after tonight’s game. With x-rays revealing a possible hamate fracture, the fear is that Caratini could hit the shelf for a stretch.

Caratini evidently suffered the injury tin the midst of what turned out to be a productive plate appearance. But it may turn out to be his last until the month of June. Hamate breaks typically come with an absence of about a month or two.

Fortunately, it’s also quite a common injury for hitters that doesn’t generally result in any kind of long-term problems. But some believe that there’s a power depletion for some time upon a player’s return. And the Cubs will hardly be thrilled to go without Caratini for a reasonably lengthy stretch, even if there is good reason to think he’ll still return to full speed by mid-season.

Though he hasn’t received much action as the reserve to Willson Contreras, Caratini has been off to a strong start. Through 17 plate appearances on the year, he has 8 hits (four for extra bases) and 3 walks against just four strikeouts.

While the Cubs pursued at least one veteran backstop over the offseason, they ended up deciding to rely upon Contreras and Caratini. There’s not much in the way of established depth behind them, with Taylor Davis the only other option on the 40-man. Beyond Davis, Francisco Arcia is the only other backstop in the organization with MLB experience.

The Cubs have a pair of roster casualties today amidst their first round of September call-ups: right-hander Luke Farrell and left-hander Rob Zastryzny have been designated for assignment in order to clear room on the roster for outfielder Terrance Gore and infielder Taylor Davis, whose contracts have been selected from Triple-A Iowa.

Farrell has done more harm than good for the 2018 Cubs team; his 5.17 ERA and 5.19 FIP are nearly identical, indicating he hasn’t shown the skills required of an effective major-league pitcher. While his ability to miss bats (11.20 K/9) might disagree with that assumption to some extent, his command issues (4.60 BB/9) strengthens the case that he isn’t a useful major-league piece at this time. His biggest woes come from the fact that he’s an extreme fly-ball pitcher (30.6% ground-ball rate) who allows an excess of homers (17.5% homer-to-fly-ball ratio).

The 26-year-old Zastryzny has seen less of an extended look at the MLB level, but showed even less promise than Farrell in that small sample. He’s allowed three earned runs while walking four batters in a 5 2/3 inning sample size, and while it’s perhaps unfair to draw many conclusions from that limited opportunity, his 2018 Triple-A performance doesn’t necessarily help his cause. While the 3.86 ERA he posted in 56 innings there might seem serviceable on the surface, the 4.68 FIP and 4.52 xFIP lurking underneath paint an entirely different picture. He also walked a batter every other inning on average while with Iowa.

The deadline to tender 2018 contracts to players is tonight at 8pm EST. We’ll keep track of the day’s non-tenders in this post (all referenced arbitration projections courtesy of MLBTR contributor Matt Swartz) …

The Cubs are set to select the contract of catcher Taylor Davis and will designate minor league outfielder Jacob Hannemann for assignment to clear a roster spot, MLBTR has learned. Baseball America’s John Manuel first tweeted that Davis was going to be selected to the big league roster.

The 27-year-old Davis has gained some notoriety for his penchant for staring down television cameras at every opportunity (video link via Twitter), but he’s also had a fine season with Triple-A Iowa. In 406 plate appearances, he’s slashed .297/.357/.429 with six homers, 27 doubles and a triple to his credit thus far. Davis also has more than 800 innings of experience at first base and more than 200 innings at the hot corner over the past few years in the minors, so he can give the Cubs some versatility off the bench with expanded September rosters in place.

Hannemann, 26, has split the 2017 season between Double-A Tennessee and Triple-A Iowa, hitting considerably better at the more advanced of those two levels. Through 322 PAs with Iowa, Hannemann has slashed .265/.324/.404, though his rough stretch in Tennessee drags his cumulative batting line down to a less palatable .240/.312/.372. Baseball America rated Hannemann as Chicago’s No. 23 prospect this past offseason, writing that he has 70-grade speed and is the “best athlete in the Cubs system.” However, he also has a fringy arm in the outfield, per their report, and has never demonstrated that much power in the minors.