MAY 21: The White Sox have requested unconditional release waivers for Keppinger, tweets Colleen Kane of the Chicago Tribune.

MAY 14: The White Sox have announced that infielder Jeff Keppinger has been reinstated from his injury rehab and designated for assignment (Twitter link).

Clearly, this is a disappointing outcome for the White Sox, who signed Keppinger to a three-year, $12MM contract in the 2012-13 offseason. However, the versatile 34-year-old batted just .253/.283/.317 in 451 plate appearances last season and hasn’t played in the Majors this season as he’s been rehabbing from a shoulder operation performed last September.

Keppinger is just one full season removed from an excellent 2012 in which he batted .325/.367/.439 in 418 plate appearances for the Rays. A career .282/.329/.384 hitter, Keppinger seems likely to draw interest from other teams if he is ultimately released. A trade or waiver claim both seem highly unlikely, given the roughly $7.5MM that Keppinger is owed through the 2015 season.

Earlier today, the White Sox made the tough decision to designate infielder Jeff Keppinger for assignment, despite the fact that his contract calls for a $4MM salary in 2014 and a $4.5MM salary in 2015. GM Rick Hahn spoke to reporters about the move (Twitter links to MLB.com’s Scott Merkin) about the decision: “We are focusing on the future as opposed to trying to justify a decision from the past. … [Keppinger’s signing] didn’t work. That’s on me.”

We heard last week that the White Sox had begun to receive calls on their veteran players. Now, rival executives tell Jon Heyman of CBS Sports that the ChiSox are "open for business" and willing to discuss anyone on their roster with the exception of Chris Sale and Paul Konerko.

That means that even John Danks, who just last year signed a five-year, $65MM extension with the Sox, could be had in the right deal. The team also has desirable trade chips like Alex Rios, Alexei Ramirez, Jesse Crain, Matt Lindstrom, Matt Thornton and Jake Peavy (though he's currently on the DL). Heyman also adds that Jeff Keppinger's name has already come up in conversations, despite the fact that he signed a three-year deal just this past offseason.

Not surprisingly, one executive told Heyman that Adam Dunn will be difficult to move. Dunn is owed $15MM in 2014 and is hitting .194/.303/.460 this season. Another said that Peavy will be tough to find a match for as well. The White Sox will have a high asking price on their co-ace, but teams won't have much time to determine if he's truly healthy.

Another executive told Heyman that the Mets could look at Ramirez as a potential long-term option at shortstop. While he's not hitting for power anymore, Ramirez is batting .280/.308/.345 with 18 stolen bases and outstanding defense, according to advanced metrics like UZR and DRS. He's owed $10MM in 2014 and has a $10MM club option for 2015 on his contract as well.

Jeff Keppinger greatly improved his stock in 2012, going from a non-tender a year ago to a three-year, $12MM contract that the White Sox announced today.  A break in Keppinger's right fibula suffered last month didn't deter his suitors, which also included the Yankees, Marlins, Diamondbacks, and Cubs.

Keppinger, who is represented by CSE, scored the first multiyear deal of his career and a larger guarantee than Maicer Izturis received from Toronto.  He will earn $3.5MM in 2013, $4MM in 2014 and $4.5MM in 2015 under the terms of the three-year contract. 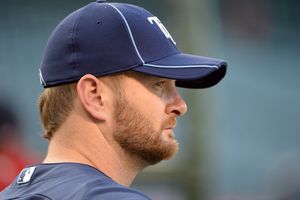 Keppinger, 32, is a career .288/.337/.396 hitter, and is coming off an excellent season with the Rays in which he posted an .806 OPS in 418 plate appearances. He spent time at first base, second base, and third base in Tampa Bay last year.  Keppinger, who rarely strikes out, figures to see ample playing time at third base for Chicago.

So far this offseason, the White Sox also signed Jake Peavy to a two-year, $29MM deal and picked up Gavin Floyd's $9.5MM option.

The Orioles' re-signing of left fielder Nate McLouth sums up the Winter Meetings Day 3 action coming out of the AL East.  The latest around the division:

The Winter Meetings rumors continue to fly in, so let's round up another batch of them….

A few of the latest updates from Nashville relating to National League clubs:

As the third day of the 2012 Winter Meetings gets underway, let's round up a few items out of the AL East…

Earlier today, we heard from Joel Sherman of the New York Post that there are six teams, including the Yankees, in the mix for Jeff Keppinger. According to Ken Rosenthal of FOX Sports (via Twitter), another one of those six clubs is the White Sox, who are eyeing Keppinger as a possible third base option.

Based on reports from yesterday and this morning, the cost to land Keppinger might be in the range of $13MM for three years. If the 32-year-old is willing to accept a two-year deal, something in the neighborhood of $10MM could get it done.

Wednesday: The Yankees "really want" Keppinger, according to Danny Knobler of CBS Sports, who reports that Keppinger could get three years and at least $13MM or more (Twitter link).

Tuesday, 5:47pm: Keppinger is said to be looking for around $12MM over three years, tweets Jon Heyman of CBS Sports.

2:30pm: The bidding for Keppinger is in the neighborhood of $8MM for two years, reports Ken Rosenthal of FOX Sports (via Twitter).

12:58pm: The Yankees have very strong interest in free agent infielder Jeff Keppinger, tweets Yahoo's Jeff Passan.  The team met with his agent yesterday, as Alex Rodriguez's injury has accelerated their timetable.  Keppinger is recovering from a significant injury in his own right, a broken fibula, but it hasn't seemed to affect free agent interest much.