Before tonight’s tilt between the Diamondbacks and Padres, the Arizona organization honored the late Kevin Towers, who previously served as general manager with both clubs. The D-Backs dedicated his former Chase Field suite as “Kevin’s Tower.” The widely-loved executive passed away this January at 56 years of age.

As we join once more in a tip of the cap to Towers, here are some worthwhile links from around the game: 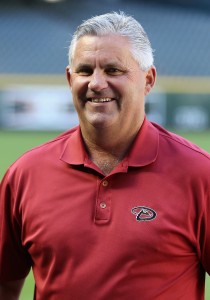 Jon Heyman of CBS Sports has published his latest Inside Baseball column and begins by taking a look at his 25 “heroes” of the 2015 season. Here are some highlights from the rest of the piece…

In today’s column, Nick Cafardo of the Boston Globe looked at some potential options Red Sox president Dave Dombrowski can explore to help bolster the team’s bullpen.  Among the many names listed is Craig Kimbrel, who might not be made available.  San Diego didn’t deal Kimbrel at this year’s deadline, but the Padres likely want to reload with major league players, so Cafardo wonders aloud if the closer could be moved if it helps them  at third base, in the outfield, or the rotation. Here’s more from today’s column..

Baseball has experienced intense turnover in its front offices of late, as Bob Nightengale of USA Today notes in a column today, and there could be more to come. Nightengale cites Ruben Amaro Jr. of the Phillies, Jack Zduriencik of the Mariners, and Walt Jocketty of the Reds as candidates for dismissal. The frequency of change represents a “new state of the game,” argues Nightengale.

Earlier this month, the Reds made their front office addition of Kevin Towers official, but that’s far from the only change they made. As MLB.com’s Mark Sheldon reports, the Reds have also promoted VP of baseball operations Dick Williams to VP/assistant general manager, giving him a larger role in the club’s decision-making process. Presumably, he’ll assume some of the responsibilities of well-regarded veteran AGM Bob Miller, who is now with the Nationals. Promoted to senior director positions were Nick Krall (baseball operations) and Sam Grossman (analytics). As for Towers’ official title, he will be a special assistant to GM Walt Jocketty, as will fellow new hire Jeff Schugel, who worked with Atlanta in a similar capacity last year.

Here are some more Reds notes…

NOVEMBER 12: Towers has officially signed on with Cincinnati, tweets Bob Nightengale of USA Today. His title is not yet decided upon.

The 52-year-old Towers was removed from the role of GM in Arizona and offered a different position within the organization last month, but Towers declined the opportunity in order to seek a different role with another organization. Former player agent and assistant general manager Dave Stewart was named as Towers’ successor, with De Jon Watson jumping from the Dodgers to the D’Backs to serve as senior vice president of baseball operations.

Towers has previously served as general manager of the Padres as well, where he was one of the game’s longest-tenured GMs, occupying that role from 1995 through 2009. Between GM gigs, Towers worked as a special assignment scout in the Yankees front office. He’s known to have a strong scouting background and is described by some as having an old-school approach to the game.

Late last month, Yahoo’s Jeff Passan reported that there were changes coming to Cincinnati’s front office, as assistant GM Bob Miller left the organization, though that split was said to be amicable in nature. A change at the top of the hierarchy doesn’t seem likely in the near future, as Jocketty himself inked a two-year extension in September that runs through the 2016 season.

Here’s the latest off-the-field notes from around the league, as the Royals nurse a misbegotten 4-1 lead.

Kevin Towers considered another front office job with the Diamondbacks after being fired as the team’s general manager, but Towers told AZCentral.com’s Zach Buchanan that he chose to leave rather than possibly make things awkward for new GM Dave Stewart and his staff.  “It didn’t feel right, and I didn’t want to be that elephant in the room when they’re making roster decisions or maybe letting people go,” Towers said. “’I know K.T. likes him…’ I didn’t want them to have to worry about that.”  Towers said he’s spoken to a few teams and thinks he’ll be in a new job before the year is out, also hinting he likely wouldn’t return to one of his other ex-clubs (the Padres, Yankees and Pirates).

As we enjoy two LCS games today, here’s some news from around baseball…