Thanksgiving isn’t usually a barnburner of a day as far as baseball transactions are concerned, but that’s pattern more than rule. Most years something official happens along the lines of Matt Skole signing with the White Sox in 2019 or Jason Lane signing with the Padres in 2014 – but  three years in particular gave us a heaping portion of baseball news befitting turkey day: 2005, 2007, 2009. While we wait to see what happens this year, let’s go back and look at some of the most impactful moves made on Thanksgiving day.

The White Sox are willing to listen to offers for just about all of their players, and industry sources regard them and the Dodgers as perfect trading partners, according to Yahoo Sports’ Jeff Passan (Twitter links). Ace Chris Sale, third baseman Todd Frazier and closer David Robertson are among the players Chicago could move, and all of them fit the Dodgers’ needs, notes Passan. Meanwhile, the White Sox like several Dodgers – outfielder Yasiel Puig and prospects Cody Bellinger, Alex Verdugo, Jose DeLeon and Willie Calhoun – so it seems the two sides could line up for some sort of deal this offseason.

Now for some American League notes:

CBS Sports’ Jon Heyman shares his predictions about where this offseason’s top 50 free agents will earn in their next contracts.  Be sure to check out MLBTR’s own top 50 free agents list, as Heyman and Tim Dierkes have a few interesting differences over some contract values and where some players are ranked within the top 50.  In other news from Heyman, his latest Inside Baseball column recaps several items that he and others have reported over the last few weeks, as well as some fresh hot stove tidbits…

The Rockies should look at the Royals’ model of success, opines Patrick Saunders of the Denver Post. Both teams are mid-market clubs so they share the same constraints. In today’s game, that often means they can’t compete for top or even mid-tier free agents. Royals GM Dayton Moore told Saunders “You have to continually make the transition with two or three impact players [from the farm system], every single year. That means a position player, a starter and a bullpen piece.” Additionally, bold trades like the swap of Troy Tulowitzki are necessary too. The Rockies received Jose Reyes, Jeff Hoffman, Miguel Castro, and Jesus Tinoco in the deal. While Reyes is the most recognizable name, the trade was all about the three pitching prospects. Colorado absolutely must solve their rotation woes if they want to field a consistently good club.

The Tigers announced that they have hired Rich Dubee as their new pitching coach, as MLB.com’s Jason Beck first reported would be the case. The former Braves pitching coach brings with him 13 years of experience as a Major League pitching coach, most notably serving as the Phillies’ pitching coach when the team won the World Series in 2008. The 58-year-old Dubee, who has spent the past two seasons as Atlanta’s minor league pitching coordinator, will replace pitching coach Jeff Jones, who retired abruptly following the season’s completion.

A few more notes from around the AL Central…

Twins outfielder Torii Hunter has decided to retire, he tells LaVelle E. Neal III of the Star-Tribune. The 40-year-old played in parts of 19 years with three organizations.

“I’m sad because it’s all I’ve known for half of my life,” Hunter said. “This great game of baseball has done so much for me. I have learned a lot of lessons. … I still love the game, but time has taken a toll on me mentally and physically.” 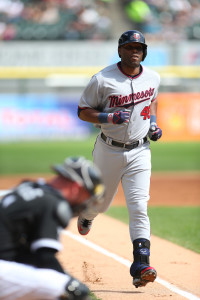 Hunter ended things where he began by returning to Minnesota for the 2015 season. He broke in with the Twins back in 1997, earned regular playing time as a reserve in 1999, and locked down an everyday job with the club in 2001.

The winter of 2007 seemed to spell the end of Hunter’s tenure in Minnesota. He departed via free agency to join the Angels, who promised him $90MM over five years. Hunter continued to thrive, posting a .286/.352/.462 cumulative batting line in nearly 3,000 trips to the plate over the life of that contract.

Having transitioned to right field in the back half of his tenure with the Halos, Hunter caught on to take over there for the Tigers. He was a strong contributor to two good teams in his two years in Detroit.

While other organizations came calling before 2015, Hunter decided on a return to a Twins club that wasn’t expected to do much. But it proved more than a farewell tour, as the club surpassed expectations (and underlying performance barometers) with an 83-79 record.

Believers in the power of clubhouse chemistry would surely attribute some of the Twins’ success last year to the presence of the fiery Hunter, who is respected highly in that regard. He didn’t have a great season — to the contrary, he played at or below replacement level — but was still expected to be courted for a return, albeit in a reduced role.

Minnesota has plenty of options to proceed without the veteran, whose departure could open the way for some of the organization’s young talent. As MLBTR’s Steve Adams explained in his offseason outlook for the team, there are some options on hand that figure to step in.

As a forty-to-fifty win player who was more consistently excellent than great, Hunter seems unlikely to land in the Hall of Fame, though he surely deserves a spot in the proverbial “hall of very good.” He has come under fire for homophobic comments made in recent years, an area that tarnished his reputation to many, though Hunter is widely lauded as one of the game’s good guys. All told, Hunter enjoyed a memorable career as one of the better players of his generation.