Former second baseman Jeff Kent has been up for Hall of Fame consideration for a decade, with this year marking his last crack at induction via the Baseball Writers Association of America. Kent received 46.5% of the the vote during this cycle, well shy of the 75% needed for induction. He falls off the ballot and will no longer be considered by the BBWAA.

Kent hovered in the 25-50% vote share range for his final four seasons. He never seemed in danger of falling below the 5% threshold that cuts players from the ballot early but also didn’t get the kind of late momentum needed to vault him within striking range of induction. If he’s to be enshrined in Cooperstown, that’ll now have to come via the Era Committee. The Contemporary Baseball Era Players Committee met this winter — enshrining Fred McGriff in the process — meaning the earliest Kent will be under consideration again is the 2025-26 offseason.

Kent finished his career with a .290/.356/.500 line in more than 9500 plate appearances. His 377 career homers are the most by any primary second baseman, while he collected 2461 hits, drove in 1518 runs and scored 1320 times. He was a five-time All-Star and secured four Silver Slugger awards while winning the aforementioned MVP. Strong as his offensive contributions were, Kent faced plenty of questions about his glove at the keystone. Those defensive concerns dissuaded enough voters to keep him from induction.

While Kent was the only player to “age” off the ballot this year, a number of first-time candidates unsurprisingly dropped out after not reaching the 5% threshold to last another season. Bronson Arroyo, R.A. Dickey, John Lackey, Mike Napoli, Huston Street, Matt Cain, Jacoby Ellsbury, Andre Ethier, J.J. Hardy, Jhonny Peralta, Jered Weaver and Jayson Werth each fall out of future consideration.

Among first-time candidates, just two topped the 5% mark to remain on the ballot for at least another year. Carlos Beltrán debuted at 46.5% and would seem to have a solid chance at induction at some point down the line. Francisco Rodríguez has a more uphill battle after starting off at 10.8% of the vote. 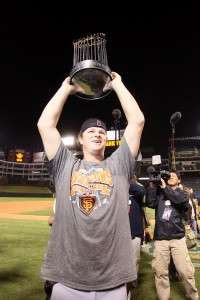 The Pirates controversially parted with reliever Juan Nicasio in a money-saving move last month, but the now-Cardinal and impending free agent would be open to an offseason return to the Bucs, Rob Biertempfel of the Pittsburgh Tribune-Review reports. “Yes, I would consider it. I liked it there a lot,” said Nicasio, who joined Pittsburgh prior to the 2016 season. It’s unclear whether the Pirates will pursue Nicasio over the winter, but he has put himself in position to secure a nice deal from them or someone else with his output this year. In 69 innings divided among Pittsburgh, Philadelphia and St. Louis, the 31-year-old has posted a 2.74 ERA with 8.74 K/9, 2.35 BB/9 and a 45.9 percent groundball rate.

More from Pittsburgh and two other NL cities:

Astros catcher and designated hitter Evan Gattis appears headed to the disabled list after receiving a concussion diagnosis yesterday, writes Brian McTaggart of MLB.com. The end of a Corey Dickerson swing caught Gattis in the head on Thursday. The team currently plans to option first baseman A.J. Reed to Triple-A Fresno and promote third baseman J.D. Davis, who was hitting .282/.345/.527 in the high minors this season. The team will have to make another move to add a catcher if it does place Gattis on the DL, however. Here’s more from the West divisions.

Each year, the free-agent class is impacted by the performance of players with vesting options (as is the financial future of players with said provisions in their contract). For those unfamiliar with the option, a vesting option is typically (though not always) a club option that can automatically trigger based on the player’s health and/or performance. Meeting pre-determined criteria for games played, innings pitched and plate appearances are the most common ways of triggering a vesting option. Some also require that a player avoid the DL at the end of the season and/or for a certain number of games over the course of the year.

Cot’s Contracts was used in the creation of this post.

END_OF_DOCUMENT_TOKEN_TO_BE_REPLACED

Mets right-hander Matt Harvey continued to allay concerns regarding his early spring velocity dip on Sunday. For the second straight outing, Harvey’s fastball sat in the 92 to 94 mph range and topped out at 97 mph, per Kristie Ackert of the New York Daily News. “I couldn’t be happier than where I am now and ready to start the season,” Harvey said after throwing six innings against the Braves and allowing two runs on five hits (via MetsBlog). Harvey’s progress is obviously a positive development for the Mets, who found out Sunday that they could begin the season without the injured Steven Matz. If they do, either Seth Lugo or Zack Wheeler will open the year as their fifth starter. The club has already decided that Robert Gsellman will get a rotation spot, reports FanRag’s Jon Heyman (Twitter link).