There wasn’t much surprise with any of these option decisions except for possibly Jackson, just because it wasn’t publicly known that the veteran reliever’s contract contained any sort of option.  The Giants signed the veteran reliever to a minor league deal this past winter, and Jackson posted a 3.74 ERA and a strong 31.1% strikeout rate over 21 2/3 IP in the big leagues, though he was also hampered by a below-average 13.3% walk rate.  Jackson has tossed 56 1/3 innings with the Padres, Brewers, and Giants over parts of three MLB seasons, but he had more success pitching in parts of four seasons with Nippon Professional Baseball.

Flores inked a two-year, $6.25MM free agent deal with San Francisco in February 2020, and he’ll now return for a third season and earn $3.5MM.  (The Giants had a $3.25MM decision to make, as Flores was owed $250K in a buyout if the option had been declined.)  Flores has hit .264/.328/.470 with 30 home runs over 649 PA in a Giants uniform, and has seen action as a part-time first, second, and third baseman, making him both a versatile platoon piece and a big weapon against left-handed pitching.

Alvarez signed with the Giants last winter, earning $1.05MM in salary last season and now another $1.5MM in 2022 via his exercised club option.  Despite several solid years as a member of the Angels and Phillies bullpens, Alvarez’s market was hurt by his lack of action in 2020, as a groin injury limited him to only 6 1/3 frames over eight appearances with Philadelphia.

He bounced back in a major way with the Giants, posting a 2.37 ERA over 64 2/3 innings.  Never a particularly big strikeout pitcher, Alvarez’s strikeout rate dropped to a career-low 15.8% last season, yet he still kept batters at bay by inducing a lot of grounders (50.5% groundball rate) and a lot of soft contact.

MARCH 6: The Giants announced the signing of Álvarez to a one-year, $1.15MM contract with a $1.5MM club option for 2022, per MLB.com’s Maria I. Guardado (via Twitter). The option comes with a $100K buyout, adds John Shea of the San Francisco Chronicle (via Twitter). That bonus will count towards the luxury tax, though the option year will not. Therefore, Álvarez’s deal should count $1.16MM against the luxury tax payroll this season.

MARCH 2: Free-agent reliever Jose Alvarez is nearing a deal with the Giants, Jon Heyman of MLB Network tweets. It’s unclear whether it will be a major league contract.

The left-handed Alvarez, who will turn 32 in May, debuted with the Tigers in 2013 and has since pitched for the Angels and Phillies. Alvarez struggled to keep runs off the board as a Tiger, but he did well in Anaheim and Philadelphia. Overall, despite a subpar strikeout percentage (20.8), Alvarez has logged a respectable 3.59 ERA/3.85 SIERA in 340 2/3 major league innings. He has thrown 50-plus innings in a season on four occasions, though he only tossed 6 1/3 frames last year as a result of a groin injury.

If his agreement with San Francisco does go through, Alvarez could be part of a bullpen that has no shortage of southpaws. Jake McGee has been their relief corps’ biggest free-agent acquisition, but Jarlin Garcia, Sam Selman, Wandy Peralta and Caleb Baragar are also on the Giants’ 40-man roster.

The Phillies announced they’ve selected the contract of catcher Rafael Marchan before the second game of today’s doubleheader with the Marlins. Right-hander Connor Brogdon was optioned to the alternate training site, while southpaw José Álvarez has been transferred to the 45-day injured list to open space on the 40-man roster.

Marchan currently ranks seventh among Phils’ farmhands at Baseball America. He’s drawn plaudits for his advanced receiving and game calling skills behind the plate. The 21-year-old has demonstrated strong bat-to-ball skills in the low minors, never striking out at greater than an 11.7% clip at any stop.

In the short-term, he’s likely on hand as injury insurance. J.T. Realmuto left last night’s game with hip discomfort and didn’t play in the first game today. Andrew Knapp will get the nod behind the plate in both sides of the twin bill.

Álvarez has been on the 10-day injured list since August 21 after taking a comebacker off the groin. At last check, he was hoping to return in the playoffs if the Phils qualify; there’s no indication those plans have changed.

Yankees southpaw James Paxton will go the next couple days without throwing after feeling soreness following Wednesday’s session, manager Aaron Boone told WFAN (via Kristie Ackert of the New York Daily News). It’s unclear how much longer Paxton will be sidelined from the flexor strain that sent him to the IL on Aug. 21, but as Ackert notes, time is running out for him to return – at least to the Yankees’ rotation – during the regular season. Paxton’s problems, both in terms of injury and performance, are among the reasons the Yankees’ starting staff has disappointed this year. Although the 31-year-old dealt with his share of injuries in prior seasons, he typically fared well when healthy. In 2020, though, Paxton has stumbled to a 6.64 ERA over five starts and 20 1/3 innings.

END_OF_DOCUMENT_TOKEN_TO_BE_REPLACED 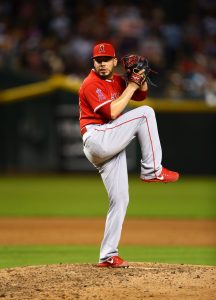 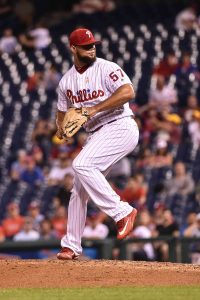